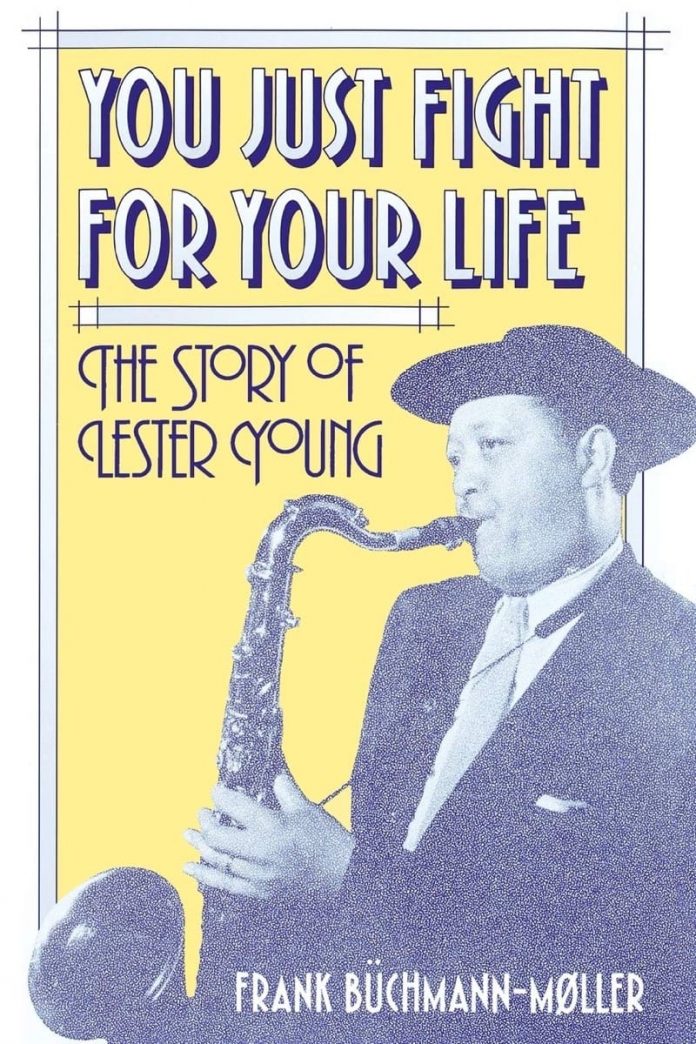 Despite Lester Young’s deserved place in any listing of jazz greats, he was, for many years, ill served by a lack of biographical coverage. Happily the position changed in the 1980s with the publication of books by Lewis Porter and Dave Gelly; these have now been augmented by this admirably de­tailed study of the highly influential tenor saxophonist’s life.

The author is a Danish librarian (and saxophonist) with an avid love of Lester’s playing. This devotion inspired him to re­search areas of Young’s activities that had remained somewhat mysterious, namely his early years on the road with his father’s band, his stint with King Oliver, his first marriage, etc. Büchmann-Møller located a long interview with trumpeter Leonard Phillips (who worked with Lester in the late 1920s and early 1930s) and many new shafts of information emerge from that source – including the revelation that the latter-day King Oliver occasionally shared out marijuana to his sidemen.

From early on in his career Lester was ambitious and musically super-confident, but he was also shy, unbusinesslike and un­willing to get involved in any sort of perso­nal confrontation, so inevitably he endured a good deal of frustration in pioneering a new style of playing. But despite setbacks he made no effort to rechannel his extra­ordinary individuality – surely no other jazz musician has made a more startling re­cording debut than Lester Young did in 1936.

By then Young was working regularly in Count Basie’s Band, and remained there until 1940 when he left suddenly. The author rightly squashes the old anecdote about Lester leaving rather than recording on Friday 13th, but doesn’t dwell on the re­lationship between sideman and leader. From what I’ve gleaned over the years, it seems Basie and Young didn’t see eye-to-eye on several issues. One of them being the division of composer royalties, another being that Basie refused to grant sick pay to his musicians, a situation which Lester felt had caused Herschel Evans to continue working even though he had been warned about health problems. Lester was also restless, having observed the amount of solo space that was available in the growing number of successful small bands.

Lester’s long, platonic friendship with Billie Holiday is dealt with sensitively, so too is his eventual return to Count Basie, prior to being inducted into the US Army. Lester’s unhappy spell as a guest of Uncle Sam is minutely documented, including the army’s detection of the fact that he was suf­fering from syphilis. The author advances plausible theories (complete with various medical references) that suggest the rav­ages of this disease eventually caused Young’s musical reflexes to suffer. Bühmann-Møller also notes that one symptom (unsteadiness in walking) may have accounted for Young’s quaint way of moving about on stage. Although the pain of his venereal infection was immense and long-standing, Lester apparently ignored effective treatments and boozed his way through one pain barrier after another un­til eventually succumbing to internal bleed­ing in 1959.

The author makes no effort to sensatio­nalise Young’s disastrous health but fol­lows him methodically through the ups-and-downs of a career during which he was hero-worshipped by many of his contemporaries while remaining virtually un­known to the general public (black and white). Lester continued to smile ruefully at this lack of appreciation and countered with some wonderfully inventive jive-talk. Unfortunately Büchmann-Møller never quite gets Lester’s drollness across to the reader. The latter days are grim, with Lester feeling demoralised and unwanted, playing the last melancholy engagements in France before returning to die in a New York hotel.

There are very few factual errors in the book: Joe Ewing should be John Ewing, Una Mae Carlisle was not white, and the visit of Teddy Hill’s Band to England in 1937 is missed during a discussion on bands visiting Britain. In writing about Lester’s manager Charlie Carpenter, the author should have mentioned that Carpenter was a successful composer and long-time ASCAP member. But there is much to admire and enjoy in the book, and its big­gest weakness is the author’s decision to omit any discussion of Young’s recording career.

Daniel Bennett Group: We Are the Orchestra

Bruce Lindsay - 25 March 2019
"Avant-pop" is one of the labels attached to this music from New York based Daniel Bennett and Mark Cocheo. "Synergistic jazz" is another. Neither does justice to these instrumental...

Jazz Journal - 31 December 2020
This double was originally issued as 'Soulmates' by Riverside, with the last four tracks coming from a Bill Harris album made by Fantasy. And it is these final four...