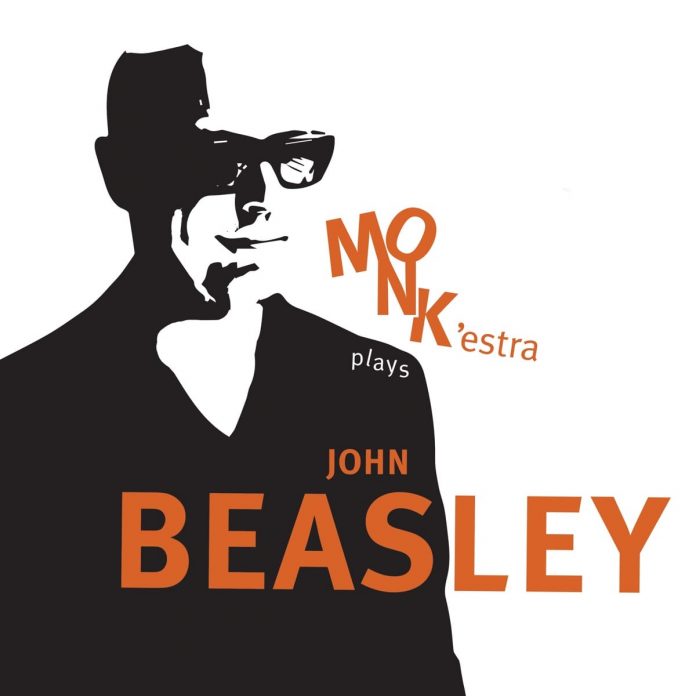 This follow-up to the excellent Volumes 1 and 2 of John Beasley Presents: Monk’estra tells us that this time Monk’estra (with broadly speaking the same line-up as Vols. 1 and 2) plays John Beasley. In fact only eight of the 14 tunes are actually composed by him, although he arranged the remaining tunes; these were originally composed for the most part by Monk, with others from Davis, Parker and Ellington.

The line-up here is quite something. A cursory look over the drummers alone sees the excellent Terreon Gully (who made such a big contribution to the aforementioned Vol. 2) sharing the drum stool with the incredible Ulysses Owens, Jr. and also Vinnie Colaiuta, who drops in and plays beautifully on a couple of tunes.

The opener Steve-O has a tinge of jazz noir about it in amongst the seamless changes between funk and swing grooves, and this tinge continues in the atmospheric and laidback Song For Dub, and further intensifies on Implication which follows. The writing on Five Spot is very skilled in the way of the long tradition of larger jazz ensembles, but also quite original (like Monk’s Mood here) in its use of Grégoire Maret’s harmonica as part of the overall texture; this works really well in the context of this album. In some respects it reminds me of the use of Regina Carter’s violin on Beasley’s Vol. 2 album, where in places she adds an unusual and refreshing touch to the large ensemble.

The ensemble’s playing on Donna Lee must have entitled the ensemble to a lie down afterwards – it would have been quite a feat to play that arrangement, particularly in rhythmic terms, and Rhythm-A-Ning/Evidence features a wonderfully funky guest contribution on organ by Joey DeFrancesco.

This album is a great addition to the Monk’estra catalogue, seeing Beasley having an increasing role as a pianist and soloist, switching tastefully between acoustic and Fender Rhodes piano, and with arguably even more variety in his ensemble writing this time. Soundwise it’s a lovely mix too, so credit again to the leader, who also produced it. A work of true craftsmanship.

Dave Foxall - 28 June 2019
Starting as a jazz-meets-hip-hop jam band with a loosely-defined membership, Bright Dog Red has become a fixture on the NYC jazz and improvisation scene and I can imagine them...