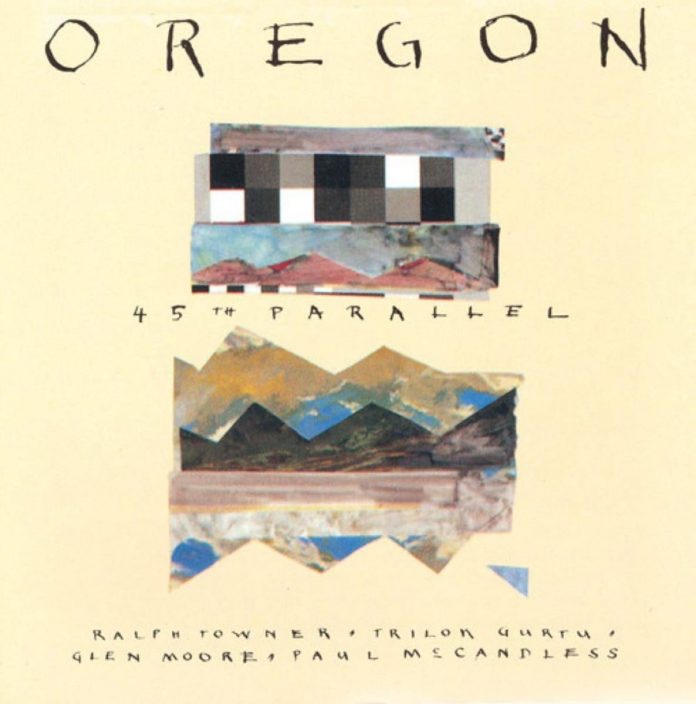 A new record label for Oregon, and overall, a slightly tougher feeling to the music than pre­viously. As well as being a sensi­tive percussionist, Gurtu is a drummer with a strong feeling for swing, and some of this music – – such as King Font and Dreams – motors along in a very perky, bluesy jazz manner.

At the same time, Oregon’s sensitivity to space and reverie is very much part of this set, most notably in the new version of that old Towner favourite Under An Even­ing Sky and Hand In Hand. For me, the latter was the highlight of their recent British tour: Towner’s 12 string guitar weaves a ringing, medium-slow legato magic across a well balanced, reflective group sound, with Gurtu’s brushes and percussion sustaining a lovely, relaxed groove.

Apart from the tragic death of Collin Walcott (who apparently was Gurtu’s best friend), the most obvious thing to have affected Oregon in recent years has been the growth of synth­esiser technology. It’s a measure of Towner’s sensitivity that he can switch from such technology to acoustic instruments as fre­quently and seamlessly as he does here. The result is a bigger range of dynamics than pre­viously, but with very little if any sense of bombast.

A strong record, which, while satisfying old enthusiasts, should help to introduce Oregon to a lot of new listeners.

John White - 17 August 2020
Comparatively unknown in the United Kingdom – although he appeared at Cadogan Hall in the London Boogie Woogie Festival last year - Lluis Coloma is the leading blues and...