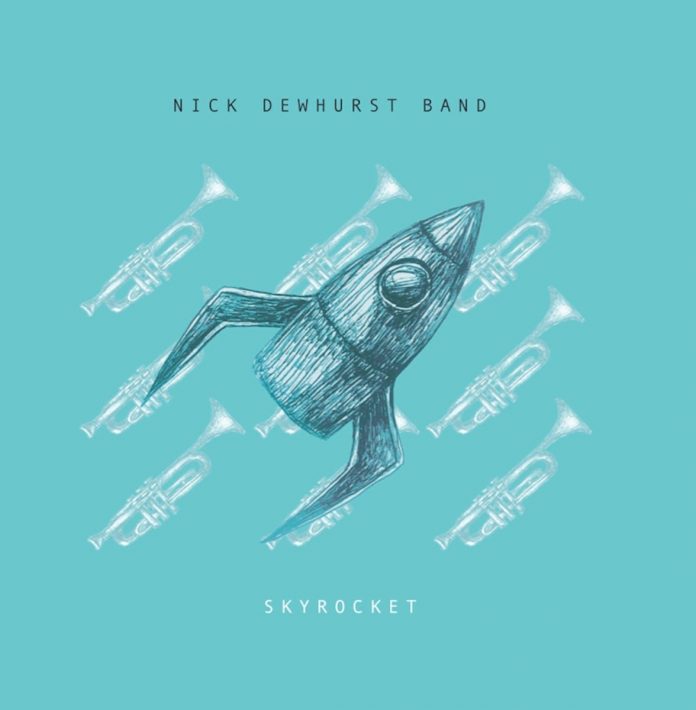 Nick Dewhurst’s second album offers the rare opportunity to hear a musician who is equally gifted on both trumpet and guitar. Strictly speaking, he’s a multi-instrumentalist as he also plays flugelhorn and bass guitar. Lichfield-based Dewhurst graduated from the Birmingham Conservatoire in 2013 as an award-winning, first-class honours graduate of its jazz course. He self-released his first album Suspect In You in 2016 with the Nick Dewhurst Band.

Dewhurst’s trumpet is first heard on the opening title track where he demonstrates both fluidity and invention on the instrument. The Breckerish One For Dennis unsurprisingly features guest Dennis Rollins who contributes a satisfyingly ebullient trombone solo and there’s also some upbeat ensemble hand clapping as if to reinforce the mood.

Larry Carlton’s Room 335 offers the album’s first chance to savour Dewhurst’s guitar chops which are undeniably impressive. The track’s title incidentally reflects Carlton’s choice of the Gibson guitar and one which earned him the nickname “Mr 335”; Dewhurst, needless to say, also plays a Gibson 335.

Stevie Wonder’s timeless I Wish is given a rousing Average White Band-esque treatment which works well. Gibraltar Rock, another of the guitar outings, sees Rollins’ robust solo tying the piece neatly together. Dewhurst double tracks guitar and horn on Say What?, and on the closer Heatwave his six-string comping elegantly juxtaposes with Rollins’ trombone and is then topped by a feisty guitar solo.

Taken as an album of easy-going jazz rock, it never fails to deliver the goods and Dewhurst’s eight original compositions are all indubitably impressive enough to be translated into a bigger band setting too. That’s hardly a surprise given that Dewhurst’s past history of playing in a variety of big bands includes a stint with the highly revered National Youth Jazz Orchestra.

Nigel Jarrett - 05 July 2019
Far out on devotion's spectrum are those who would snaffle every bar of a great musician's output and consider it golden no matter what. "Live" recordings, especially unscheduled ones,...