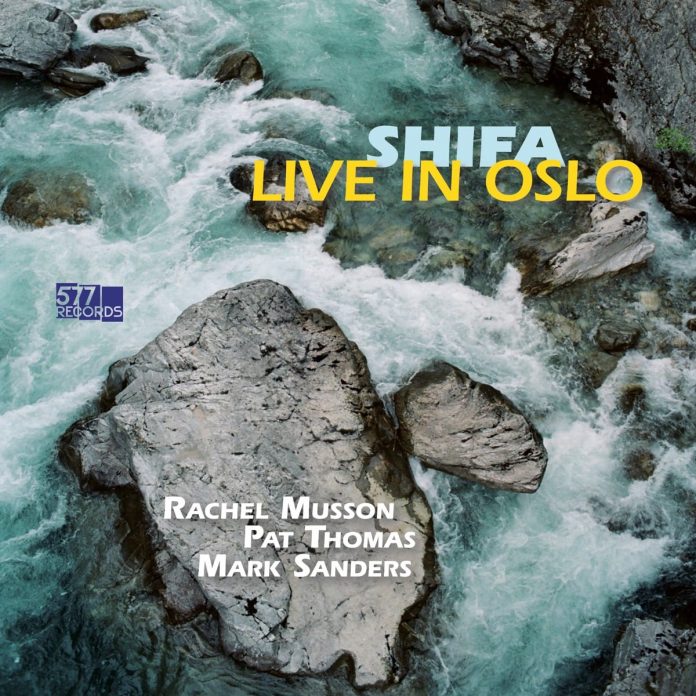 A double-header of two releases featuring London-based improvising saxophonist Rachel Musson. On Shifa, she’s in a free jazz/improv trio with pianist Pat Thomas and drummer Mark Sanders. I Went This Way debuts her own ambitious compositions, incorporating Musson’s text, spoken by Debbie Sanders, and instrumental contributions by the eight musicians.

Live In Oslo is a single track lasting 34 minutes – the LP edits it into two sides, Taste and Blas. It features often melodic playing from Musson, whose huge tone is influenced – I surmise – by Albert Ayler. By email, she responds: “You wouldn’t be the first to make that connection. The singing through the saxophone comes from Dewey Redman, but Ayler is probably more obvious to a listener.”

There’s also quite a bit of slap-tonguing, in a distinctive, powerful and compelling free-jazz style. Pat Thomas is inside the piano as well as on the keyboard, his work on the strings sometimes coming across like the bassist the trio doesn’t have. Mark Sanders is an often meteoric presence on drums. The playing is blistering, committed free music on the cusp of jazz and improv.

Musson grew up in South Wales and moved to London to study. Coming from a jazz background, she felt increasingly constrained by compositions and forms, and got interested in playing free. Today, she explains in an online interview, most of her performances are free improv, though she’s starting to take up the challenge of writing for improvising. Hence I Went This Way, a semi-graphic, semi-conventionally notated score, and a cooler, generally more reflective piece of work than Shifa.

It features a spoken word text, interwoven with exploratory improvisations by the musicians. It was premiered in Birmingham, in 2018, and alongside Musson, the band features two excellent young jazz and improv saxophonists, Lee Griffiths and Xhosa Cole. There’s a string trio of Sarah Farmer, Richard Scott and Hannah Marshall, and Chris Mapp and Mark Sanders power the rhythm. The text is spoken by vocalist and storyteller Debbie Sanders. The role of spoken word has always been problematic in improvised music, and I’m not totally convinced here. Musson explains by email that “The text is as much part of the score as the semi-graphic, semi-conventionally notation … the text was a timeline, but at some points, some musicians were working off the words.” An intriguing and rewarding recording.