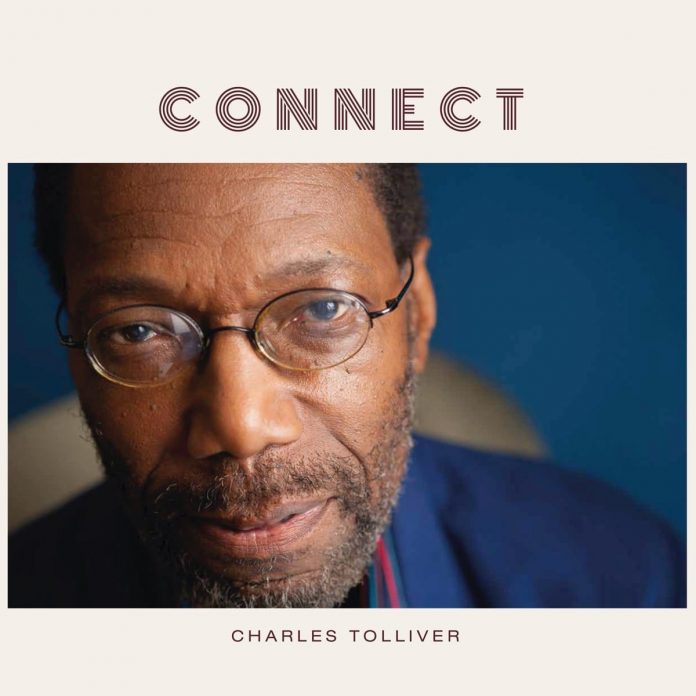 This album was a result of an arrangement by Tolliver’s agent with Darrel Sheinman of Gearbox Records when the band came through London. It was a full European tour and to add to the regular combo, Darrel suggested UK tenor sax man Binker Golding, who plays on two of the four selections here.

All the music was written by Tolliver and he has added poems for three of the selections, printed on the back liner. Tolliver has been around and was first heard with Jackie McLean when he played and recorded with him in the mid-1960s.

First up is Blue Soul, a slow blues where Tolliver plays in a choppy manner, using half-valve squeezed effects and growls during his extended solo. Altoist Davis is more restrained, with a soft-focus alto solo and the main thrust comes from Lenny White’s driving drums. Pianist and bass player provide solid support. Emperor March is also a fairly slow composition although Tolliver plays in a more forthright, brassy manner with a preaching, bluesy contribution from Golding on tenor, who does well here as well as on his second contribution.

Copasetic is at a relatively brisk tempo and has good ensemble playing from the horns and some tasty solos. Suspicion is a long track with another example of strong ensemble work, this time from the three-man line up of horns. White’s drums are again driving, and prominent and bassist Davis is strong in support and solo. The music overall is post-bop and blues with occasional nods towards a rather free approach.

The vinyl sound is first class, as all Gearbox releases tend to be, not surprising as much care is taken in the all-analogue approach, with much of the listed equipment used closely resembling the set up used by the late Rudy Van Gelder on his classic Blue Note discs of the late 50s and 60s. The set is available also on CD with the same catalogue number and the words CD added at the end.

As an example of contemporary jazz in the classic tradition from the 40s onwards, this is a sterling session, original, well played and extremely well recorded.

Percussionist Kahil El’Zabar’s Ethnic Heritage Ensemble has been going for an extraordinary 43 years, the only AACM outfit along with the Art Ensemble of...

I have in my collection a 60-year-old dubbing that is very worn because I think it to be one of the most consummate jazz...

Tell us about your family, musical, educational background - birthdate, place. Is music in the family? How did you come to sing? Do play...

Alan Ainsworth is a photographer with specialist interests in jazz performance and contemporary architecture. His book, published in February 2022, surveys a range of...

The combination of two of the hardest-blowing tenorists in the business, backed up to the hilt by a constantly stimulating, beautifully integrated rhythm section...

As an example of contemporary jazz in the classic tradition from the 40s onwards, this is a sterling session, original, well played and extremely well recorded.Derek AnsellCharles Tolliver: Connect
Advertisement