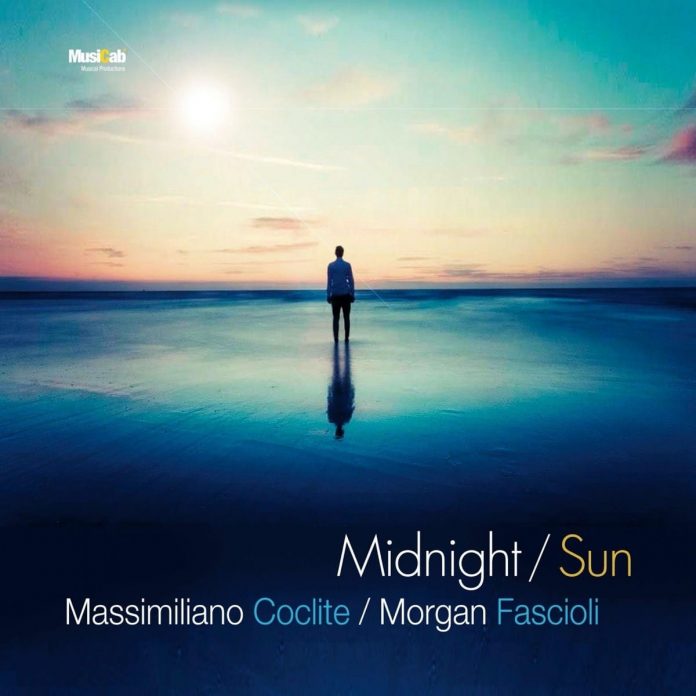 Placed among the best Italian crooners since 2012 by Jazziz magazine, Massimiliano Coclite has made a name for himself on the European scene. He has released over 30 albums and played across Europe, Asia and America. His journey in music has predominantly been in jazz, as a pianist, singer, composer and arranger.

In the past, Coclite has released many albums consisting of his own compositions. However, this project focuses on the work of Morgan Fascioli. Fascioli’s music is built upon a strong jazz influence branching across popular music and easy listening. The outcome is a bridge between styles where improvisation plays a decisive but not an elitist role. The incorporation of these various genres allows the music to flow naturally through the voice of Coclite.

The opener, Madeira, draws upon idiomatic techniques where Coclite directly uses the strings within the piano before branching out into a more conventional use of the instrument. Sidewalk begins with an ostinato in the bass which develops alongside a simple melody in the right-hand. This is repeated whilst textures and harmony are further explored before we reach an improvised section.

Lanewood is underlined by a funkier motif at the heart of the composition. With a simple chord progression, this gives Coclite plenty of space to make it his own. Although the improvisation on this track is impressive, it was the comping that really caught my ear. The left-hand is always in close connection with the right, allowing both voices to form into one. Greenock strips everything back with its rubato feel. Chords and voicings are at the forefront with plenty of pedal giving us a relaxed and gentle moment of reflection.

Midnight / Sun shows that Coclite is far more than an idolised Italian crooner. His effortless understanding of the piano is clearly demonstrated throughout this album with tasteful improvisation on top of brilliant writing by Fascioli.

A rising star on the French jazz scene, Simon Chivallon demonstrates a genuine talent for the keyboard in his latest album Light Blue. Whilst...

Jim Thornton has been active as a trumpet player in New Orleans  since moving there in 2006, and obviously loves the city and all...

'As a child - before 1950 when I first got a trumpet - I had taken some piano lessons and I remember when my...

Massimiliano Coclite: Midnight / Sun"Midnight / Sun shows that Coclite is far more than an idolised Italian crooner. His effortless understanding of the piano is clearly demonstrated throughout this album with tasteful improvisation on top of brilliant writing by Fascioli"
Advertisement