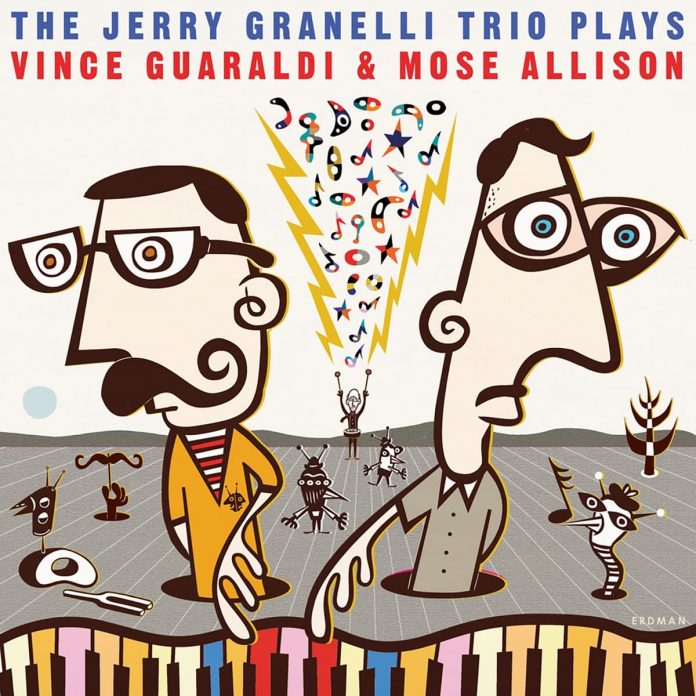 Back in 1965 a British band, Sounds Orchestral, had a huge hit with Cast Your Fate To The Wind. It was a composition by Vince Guaraldi, an American West Coast pianist whose trio had a minor hit with the tune a couple of years earlier. It had been on the flip side of Samba De Orpheus, a single released by Fantasy, but got more airplay than the A side.

Guaraldi had worked with Cal Tjader, but formed his own trio which included drummer Jerry Granelli. After a few years Granelli moved on, playing with Denny Zeitlin and taking more interest in freer areas, influenced by the paths that Ornette Coleman, The Art Ensemble of Chicago and others were forging. Inspiration also came from Max Roach and after moving to Nova Scotia, he became involved in the Creative Music Workshop in Halifax, NS, and in wider connections with dance and theatre.

Given that history it might seem slightly surprising to see an album with material from an earlier period, but it was apparently the joy of delving into the compositions and giving them a modern urgency that attracted Granelli. With pianist Jamie Saft and bassist Bradley Christopher Jones, he has produced an album which does exactly that, using the originals as a platform on which their improvisations are launched and guiding or supporting with his first rate drumwork.

The album starts with the attractive Cast Your Fate, and there are also Guaraldi’s ballads Star Song and Christmas Time Is Here, both which give the opportunity for Jones to show his mettle and for Saft to reveal the relaxed, lyrical side to his playing. But it is the Mose Allison links that catch the attention, generating a deep feeling of the blues, so often missing on contemporary trio recordings.

Granelli played with Allison’s group in the mid 70s and recorded the Atlantic album Your Mind Is On Vacation with him. Two drum/bass duets serve as preludes to this number, and they reflect a close interaction which holds the attention and shows what a fine resonant sound Jones has. His bass is also featured on Baby Please Don’t Go and introduces and directs proceedings on Young Man Blues, all three musicians asserting themselves individually and collectively, unafraid to hold back.

Granelli’s drums are wonderfully busy on the soulful Parchman Farm, the middle section pared down by Saft to a bare-bones blues before the theme is reinstated. Everybody’s Crying Mercy is closest to Allison’s interpretation, Saft following the vocal line, whilst Your Mind Is On Vacation is pulled apart, deconstructed, dissected, reassembled and revitalised, with only fleeting references to the original.

Highly enjoyable – it’s a reminder of some great compositions as well as offering a feast of fresh takes.

I first heard Portuguese guitarist Ricardo Pinheiro on Open Letter, his 2008 debut album with Chris Cheek on sax. All the numbers were composed...

When the Chicago AACM (Association for the Advancement of Creative Musicians) organisation was formed in 1965, two of the mainstay groups involved in the...

The names of top jazz soloists that never made the big time would fill a couple of books. Tina Brooks was just one of...

After listening to the Ornette Cole­man disc reviewed above this sounds like a slice of traditionalism! But Monk can get far out, too, and...

Jerry Granelli Trio: Plays Vince Guaraldi & Mose Allison"Highly enjoyable - it's a reminder of some great compositions as well as offering a feast of fresh takes"
Advertisement