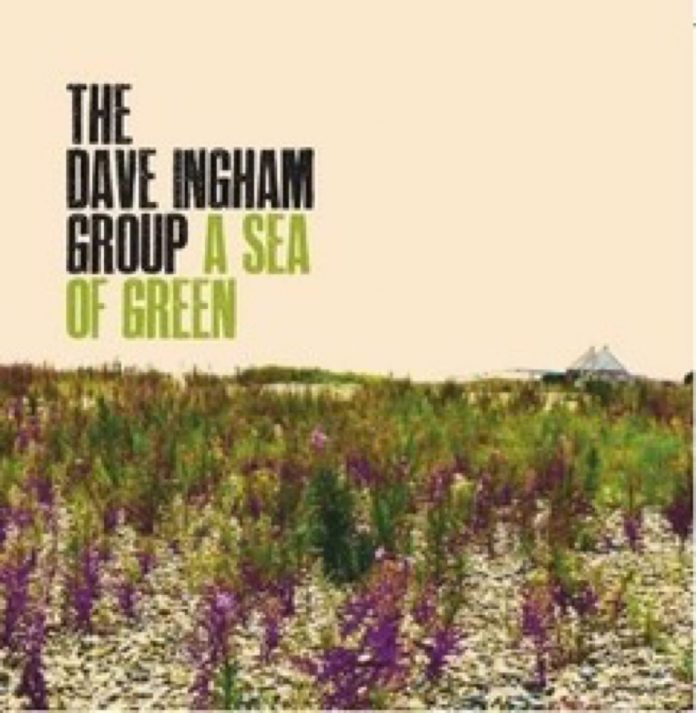 In its decade-long existence, the Dave Ingham Group – once known as Pangaea – has become a fixture on the East Anglian jazz scene. Its gigs typically contain a mix of Ingham originals and his arrangements of some classic compositions from the likes of Mingus and Desmond.

On this set, however, all five compositions are Ingham’s. As he explains: “Although still inspired by dance and movement, the use of asymmetric meter and a more minimalist approach takes [this set] further away for the dance floor and into more open spaces. The more spiritual and meditative elements of the music are brought out in some of our latest work.”

The centrepiece title track, at more than nine minutes by far the longest on the set, has an expectant feel to it, sounding at times a bit like one of Traffic’s longer songs (The Low Spark Of High-Heeled Boys, I would suggest). Indeed, the entire set does have the slight feel of a gentle 1970s prog-rock outing, which is no bad thing.

Understated until now, guitarist Stephen Mynott gets some space to stretch out, casually bending his lines in a nicely spacey touch. Hometown Blues continues the languid feel established so far, Ingham showing off his tenor skills and Mynott his Joe Pass influences, while the concluding Race To The Stars bustles along urgently, helped by Mynott’s sonic interventions.

At around 33 minutes, A Sea Of Green could almost be considered an EP, but length rarely defines quality, and this short but strong set has lots of that.

Sample/buy The Dave Ingham Group: A Sea Of Green at music.apple.com

This CD concentrates on the least interesting part of Chet Baker’s musicality – his singing. However, there is clearly a market for what he...

A key figure in the bossa nova explosion of the early 1960s, João Gilberto was often reclusive, rarely gave interviews, and disliked performing in...

This is the second album from an evening's music by the Cedar Walton Quartet, comprising their second set (the first set was issued as...