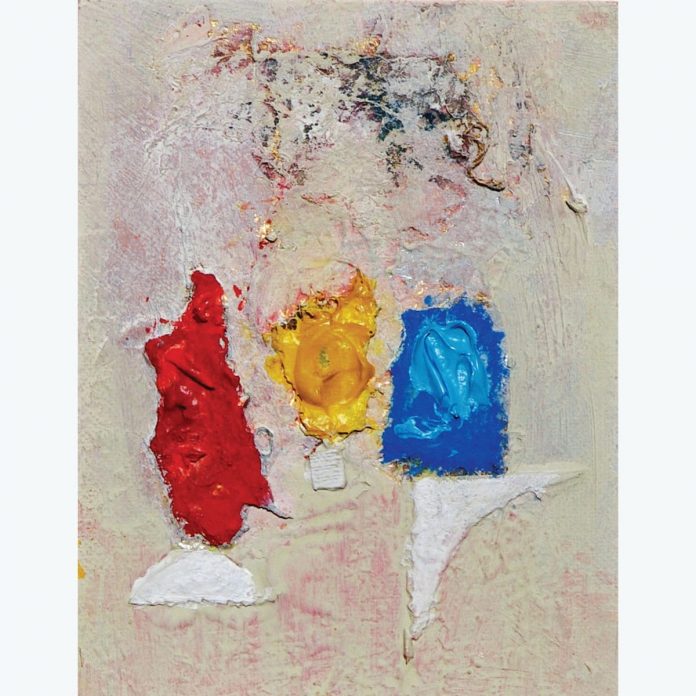 I’d admired bassist and composer Rob Clutton’s previous recording, the duo Offering with New York avant-gardist Tony Malaby (2019, also on Snailbongbong). It was aptly described by Downbeat as “expansive and sensitive in spirit”, and that seems a good description of the present album also, which features an all-Canadian trio of alto saxophone, bass and drums.

The two albums have a common compositional approach: several pieces began as deconstructions of improvised bass lines from Clutton’s archive of recordings. In both cases, there’s a richness and fluidity to the music-making that’s very engaging.

Clutton is a long-time and formidable presence on the Toronto jazz scene, which is a major one. He has a song-based project called the Cluttertones, but recordings have focused on more avant-garde material. On Counsel his very simpatico partners are Nick Fraser and Karen Ng, the latter a compelling, original voice on alto saxophone. Her playing isn’t as bluesy as Ornette Coleman’s, but it’s a sound that couldn’t have existed without the jazz revolution that Coleman wrought. Early influences – she explains by email – were Lee Konitz and Lester Young as well as Ornette, and she studied with the ICP (Instant Composer’s Pool). It figures that she’s a fan of cool players Steve Lacy, John Carter, Jimmy Giuffre, Julius Hemphill and Marion Brown.

The trio is wonderfully balanced, the soloists are fully exposed – it’s beautifully honest playing, in the manner of Lee Konitz.

The album begins with Strata, in which sax and drums are prominent; an insistent cymbal pulse interacts with free and tonally complex work from the saxophonist. Festival has an Ornette Coleman-ish ethos, with Fraser echoing the march feel of Ed Blackwell. In the dirge-like Sterling, saxophone and arco bass explore dark, broken phrases in a kind of lugubrious heterophony; percussion is subdued but gradually expands its role through the piece. The stately Old Nick, and the jaunty, bucolic Shelter that follows it, make a neat contrast – Ng’s soloing here is beautifully nuanced.

The 10 tracks add up to a very substantial, varied and rewarding musical experience.

The press release accompanying tells us percussionist-composer Frank Colon performs his picturesque, danceable and romantic music on Latin Lounge, and for the most-part he...

If anyone has a stronger claim to being a missing link between David Bowie and Bessie Smith than Dana Gillespie then I don't know...

From the opening bars of the first number Sonny Rollins achieved instantaneous rapport with the capacity audience whilst also revealing his complete physical absorption...

"The trio is wonderfully balanced, the soloists are fully exposed – it's beautifully honest playing, in the manner of Lee Konitz"Andy HamiltonRob Clutton Trio: Counsel Of Primaries
Advertisement