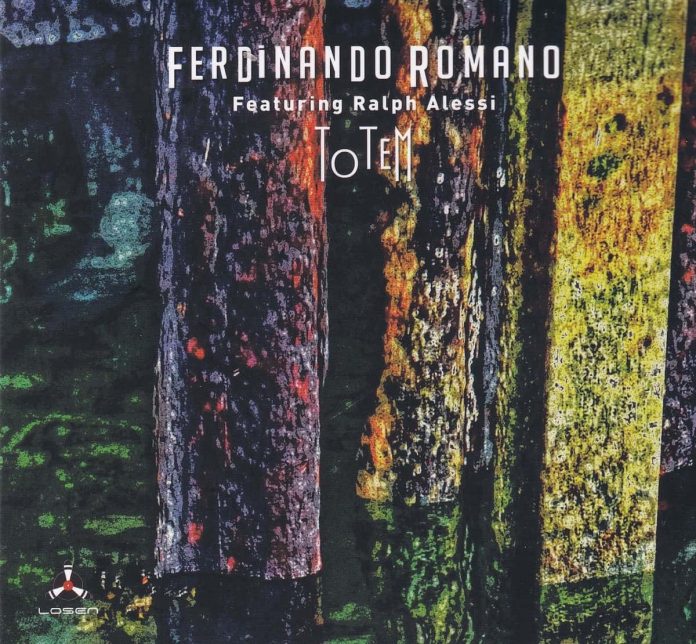 Trumpeter Alessi is for me the outstanding soloist in this set of colourful yet in places gossamer-light contemporary jazz. Wolf Totem is the most memorable theme, or at least it was while I had the music on as apt accompaniment for writing this review, although in a sense themes are not relevant in music such as this, where the deeply reflective thoughts of the musicians take priority.

Such thoughts are to the fore on the lengthy Mirrors, before an episode of near abstraction ruffles the music’s surface. However while it comes as a welcome contrast, this episode also documents musicians for whom the realms of the free present a void they’re unable to face, let alone fill. That said, Alessi and Alessandrini’s collective improvising evokes a much earlier point (and place) in jazz history. Curly is heavy on the prosaically reflective, and while such a mood can provoke torpor, here the depth of sincerity lends proceedings a personal sheen even while it probably won’t be enough to keep particularly inquisitive documentary film makers from using it as incidental music.

Sea Crossing Parts 1 and 2 are unsurprisingly notable for continuity, with Alessandrini’s outing on the first part being him at his most animated, before everything literally stops for a very reflective piano interlude which had me checking to see if the break between parts 1 and 2 was marked by the abrupt change – it wasn’t.

Memories Reprise left me wondering about the future of the strain of contemporary jazz this album is emblematic of, namely one made by musicians who as far as I could hear were identifiable only by their note patterns, not the individuality of their tones or approaches. This is a very crowded field now, or at least it was before the virus brought the curtain down on live music as we know it, and the anonymity implied by my comments may not be enough to attract audiences either old or new once the new normal is something more than a term for casually dropping into conversation.

Find out more about Ferdinando Romano: Totem at ferdinandoromano.com

Pedal steel guitars have occasionally been used in a jazz or improvised setting but, in reality, not that often. Gary Burton's Tennessee Firebird (RCA,...

She never won an Oscar, never won a Grammy. But, except for perhaps Frank Sinatra and Bing Crosby, no other American entertainer left such...

Photographer William Claxton (1927 to 2008) was born in Pasadena, California. When he was only 12 years old he regularly took the bus to...

Back in the mid-eighties, when John Scofield and Allan Holdsworth still seemed well ahead of their imitators, the emergence of Scott Henderson (marked by...

"Trumpeter Alessi is for me the outstanding soloist in this set of colourful yet in places gossamer-light contemporary jazz"Nic JonesFerdinando Romano: Totem
Advertisement