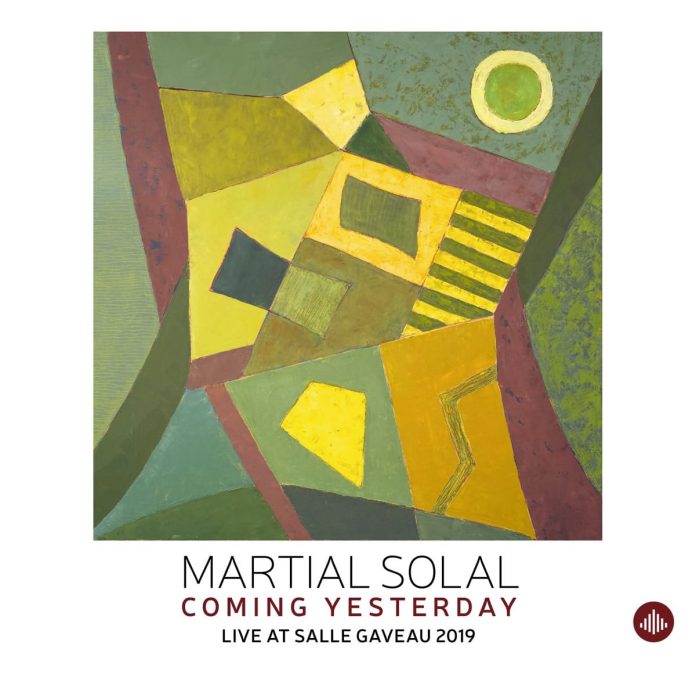 This is a seminal album by Algerian-born Martial Solal, a remarkable pianist and composer. Sadly it is also his final recording, but happily (at 93) he is still alive, alert, and creative. However, as he explains in an autobiographical sleeve essay, by the conclusion of this 2019 solo concert at Salle Gaveau, Paris, he had decided to give up public or studio performances because “when energy is no longer available, it is better to stop.”

Mischievously, his first number, I Can’t Get Started, demonstrated that although his stamina might be dwindling, his genius in deconstructing, reassembling and interpreting classic “standards” was, if anything, more apparent than ever. His unique pianistic style and approach are difficult to describe, but he has the ability to recast a familiar song from just a few hints at its melody and produce something pristine, intricate and memorable.

Solal’s programme at Salle Gaveau also demonstrated his wit and humour. Who else could produce a four and a half minute version of Happy Birthday, or Tea For Two with traces of Gershwin (An American In Paris) and Jingle Bells? Again, Sir Jack (Frère Jacques), his own composition, is a titillating and haunting recasting of a Gallic favourite – greatly appreciated by his audience. Medley Ellington would bring a smile to the face of the maestro himself. Echoes of Caravan mingle with Take The ‘A’ Train and Sophisticated Lady to create a gentle and multi-layered tribute to one of Solal’s major influences. As critic Leonard Weinreich observes, “Solal is always serious but never solemn. Eternally playful and cavalier about conventional melodies or harmonies, he might insert them mischievously as fleeting landmarks.” Looking back on his glittering career, Solal himself reflected “I preferred a greater freedom, playing on the melting of keys, rhythms, duration and style rather than on the forced slavery of the ‘new’ ones.”

I’ll Remember April receives a “straightforward” opening before moving into a ruminative refashioning of the melody. The final two tracks (mistakenly listed as 7 & 8, when they are actually 9 & 10) are as rewarding as all the others. Funny Valentine receives a gentle and delicately probing exploration, while Have You Met Miss Jones is lyrical, reflective and totally satisfying.

In his moving album essay, Solal comments: “I feel as if I have sown a blade of grass during this concert, showing a direction that I would like to see continue.” In retirement, he can look back on over 135 albums and hundreds of public appearances, and continue to enjoy the continuing royalties from his 1960 film score for Jean-Luc Godard’s À Bout De Souffle (Breathless).

Roger Lin: Whisper Of The Isolated Ones

Derek Ansell - 15 March 2021
This CD arrived with little information on the slipcase: the title, the names of the musicians but not what they played, recording studio and nothing else. I had to...