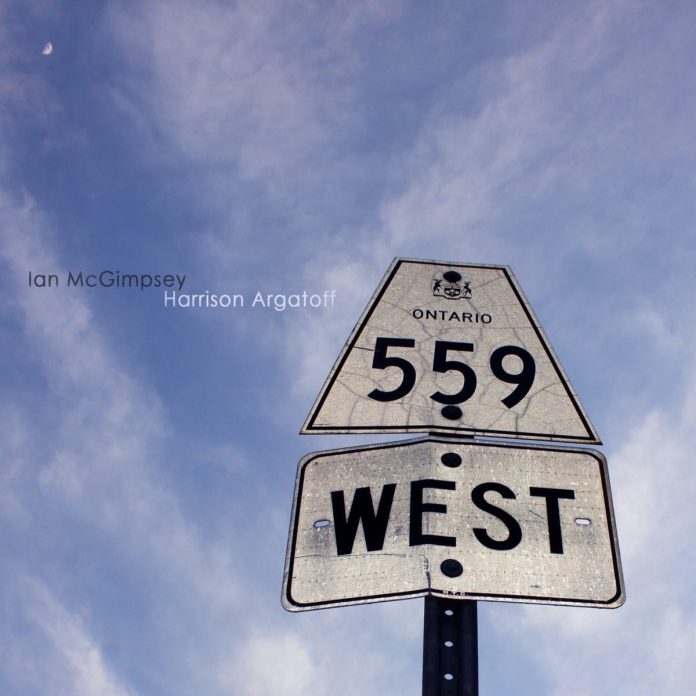 Ian McGimpsey and Harrison Argatoff are Toronto-based musicians, Argatoff having the unusual background of growing up a Doukhobor in British Columbia. The Doukhobors were a Russian dissenting sect known for their radical pacifism who, with financial help from Tolstoy, settled in the Canadian Rockies and prairies in 1899. It is this spiritually aware background that informed Argatoff’s recent interest in Nick Drake, that most luminous but fragile of British folk singers, and in particular his Pink Moon album.

Pink Moon was recorded in October 1971. It was by far the bleakest of Drake’s four albums, 11 spare, unadorned songs accompanied only by guitar lasting no more than 28 minutes in total that together speak of distance and despair without any of the comforts of self-indulgence.

Inspired by that album, Argatoff worked with McGimpsey to produce a set of equally short, heartfelt and seemingly simple songs –15 of them and few longer than a couple of minutes – in response. The songs mix an instinctive blend of contemporary jazz with the idioms of a singer-songwriter.

The album’s title, by the way, refers to the Ontario 559 West highway which runs east to west about 250 km north of Toronto. This highway leads to a house on Lake Huron’s Georgian Bay where the music was recorded.

Given the fact that Drake was a guitarist, and Argatoff a saxophonist, McGimpsey’s acoustic guitar plays a leading role on this album. What results is an uncanny resemblance to an original Drake album, McGimpsey’s open-tuned guitar and precise, pizzicato style capturing the fluid ambiguity of Drake’s own playing, Argatoff’s languid, muffled saxophone filling in for Drake’s hazy vocal lines. At times, I almost expected Drake himself to start singing, for his presence is evident in each song. The pair end the set with two unaccompanied outings, each inhabiting the unsettling, unhappy world Drake lived in.

But this is more than a homage, for it seeks to capture what it was that made Drake so special, to expand Drake’s limited repertoire with some new songs he might have written. As such, it is a contemplative reminder of a life sadly lost, but also an unexpected pleasure, and from a most unusual source.

Receiving this CD for review was like greeting an old friend because I have had this material in my collection for years. It was...

The Daily Telegraph's Saturday Review is rightly praised for the quality of its literary pages. The reviews are generally so lively and well written that you can enjoy them regardless of the views expressed...

Following on from Mulligan Memories, part 1, Arlyne Mulligan resumes the story of her life with Gerry Mulligan as told to Gordon Jack in...