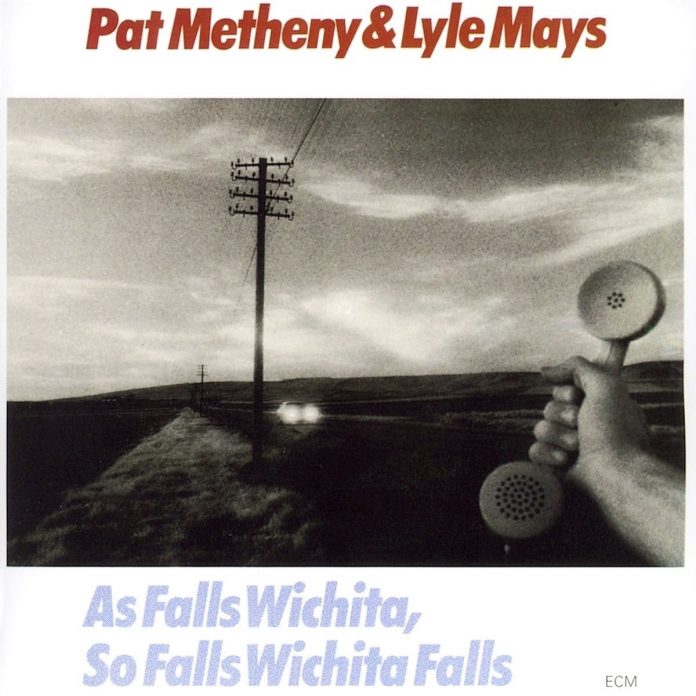 Often proclaimed a major new figure, Pat Metheny shows himself on this outing to be, if anything, a gentle giant of jazz – which is con­sistent with both his earlier output and his self-admitted predilection for the light textures of country and folk music. His synthesis of many influences produces a distinctive sound, but here he seems to have carried the laidback aspect too far.

This record is at times soporific, rarely energetic; to call it relaxing would be kind; in short it is mere background, flat and unobtrusive. The long As Falls Wichita is a rambling disorganised patchwork of keyboard drones coloured vaguely with bass and percussion and some gratuitous and cryptic vocals. If it communicates anything it is a feeling of unresolved suspension.

Side two has four titles, which might suggest more variety, and this there is, but the whole is character­istically insubstantial. Ozark displays Metheny’s country heritage, though it sounds close to BBC link music for Christmas TV. Metheny plays acoustic guitar over synthesised strings on September 15 which sounds much like John Williams’ classic/rock fusion at its most senti­mental. “It’s For You” offers an opportunity for a substantial electric guitar solo, but it never ignites.

My Spanish is non-existent, but it looks like Estupenda Graça [Portuguese, in fact – ed 2021] translates well into Amazing Grace, of which this is an inconsequential rendering though the title has the ingredients of a good summation of the album: very graceful, but short on amazement.

John Adcock - 22 June 2020
After being in the studio to record Ross’s latest large ensemble project Architexture, it so happened that the last day of production was not required. Instead, the quartet used...