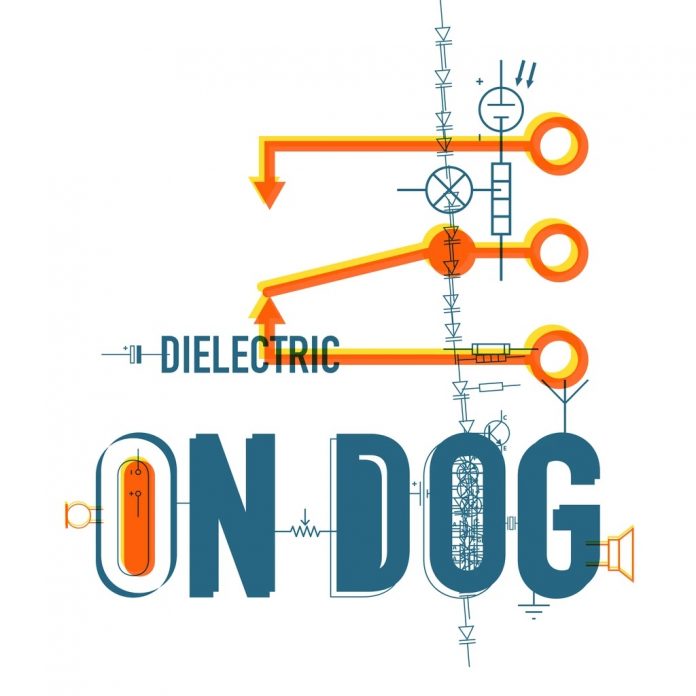 Since the inauguration of the group back in 2012, On Dog have released one album in two volumes prior to Dielectric and have stacked up an impressive following, with live performances taking place in Copenhagen, Rome and Luxembourg City. Their musical characteristics focus on polyphonic textures with extensive, through-composed structures. However, this album has been four years in the making. It was recorded at the Koncertkirken with specific tracks also recorded at The Village Recording in Copenhagen and has only now been released.

The group is an amalgamation of European players based in Italy, Copenhagen and Berlin. As well as being an ardent wind instrumentalist, Bigoni holds a degree in electrical engineering and dedicates his time to the field of electroacoustics. Solberg, on the other hand, has delved into a different industry, performing for theatres, film and most notably silent movies. Lohr has studied both jazz and classical music, attending the Royal Conservatory of Den Hague. Bittolo Bon and Scardino are two highly commended Italian woodwind instrumentalists both leading their own groups and experimenting with avant-jazz.

Dielectric features a suite consisting of three compositions appearing through the middle of this release. The title given to these three pieces is Black Pipes Suite, which I can only assume refers to the bass clarinet. The collection of movements brings into play clustered harmony and use of space. Each movement is carefully constructed and includes areas of instrumental unison. Nimmersatt begins with a sampled entry. Solberg then joins, resembling the white noise created from the fragmented sample. Halfway through, Elliptic features a disjunct conversation between the synthesiser and woodwinds. This communication is carried out throughout the track and develops into a captivating experiment in search of unfamiliar tones and colours.

I assure you now, this album isn’t for the typical easy listener and do check your rotary volume control knob twice. Their dense writing is to be praised: there are elements of chamber-like passages, but also groove-orientated compositions blended with unconventional woodwind techniques and electronics. On Dog creates a sonic world where musical ideas are elongated, inverted and electronically charged.

Find out more about On Dog: Dielectric at ilkmusic.com

I've been hearing some excellent Canadian music lately – including jazz from Brodie West and now Mark Segger. This is the second album by...

Whatever has happened to Marty Grosz? Has he retired? A jazz musician in total command of his idiom, he is blessed with a unique...

In October, Betty Bennett celebrated her 98th birthday and is now beset with financial difficulties. A spirited and stylish singer, she sang with swing...

It is a long time since such a rewarding book about jazz has appeared at such a modest cost There’s a small host of books...

Subtitled 'Paul Desmond plays the songs of Simon & Garfunkel', this is probably the dullest record Paul Desmond has ever made. However it may...

"I assure you now, this album isn’t for the typical easy listener and do check your rotary volume control knob twice. Their dense writing is to be praised"Thomas FletcherOn Dog: Dielectric
Advertisement