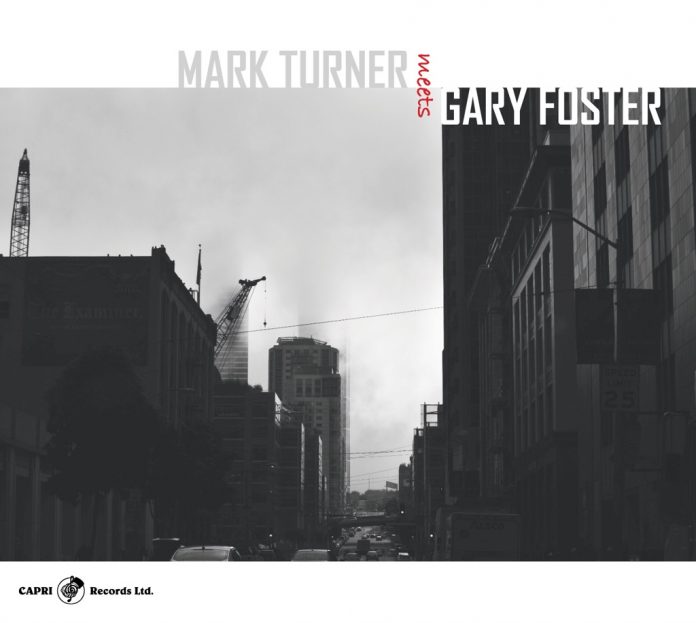 Although nearly 30 years separate veteran alto saxophonist Gary Foster and tenor saxophonist Mark Turner, both of them are keepers of the flame for the music of Lee Konitz, Warne Marsh and Lennie Tristano. Their duo was recorded live in 2003, mostly interpreting selections from the Tristano school repertoire – I wonder why the session had to wait so long to be released?

Foster and Warne Marsh were longtime collaborators, and Turner and Foster weave around each other much as Marsh and Konitz did on their own recordings – again the listener has the problem of deciding which is which.

The selections are all extended performances, with What’s New by some way the shortest at six minutes. Background Music is an uptempo interpretation of the Warne Marsh composition that’s based on All Of Me; ’Teef is a blues by “Sonny Red” Kyner. Come Rain Or Come Shine is a feature for Turner that begins with a remarkable unaccompanied cadenza.

Tristano’s 317 East 32nd Street, based on Out Of Nowhere, opens the second disc, with Foster sounding particularly like Konitz; but on What’s New? his tone is more Desmond. Konitz’s Subconscious-Lee is a highlight that begins with contributions from all the players at ad lib tempo, before developing into a fine saxophone duet.

With no chordal instrument, the horn-players can construct their melodic lines more freely. However, Putter Smith’s colourless-sounding electric bass is rightly been criticised by one reviewer – he has a particularly wan sound on Background Music. (On Konitz’s Subconscious-Lee, based on What Is This Thing Called Love?, he may be playing acoustic bass, and sounds deeper and richer.)

There’s no criticism of drummer Pat LaBarbera, however, who’s best known for his work with Bill Evans. With that caveat about the sound, this is an excellent release.