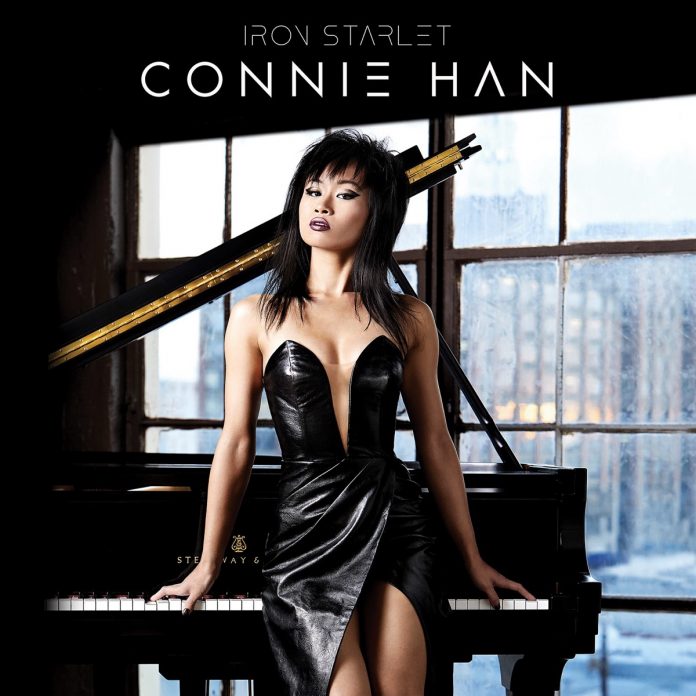 Twenty-four-year-old pianist and composer Connie Han is based in Los Angeles. Iron Starlet is her third album. Her first, The Richard Rodgers Songbook, was self-published five years ago. Subsequently, Mack Avenue Records signed her up and in 2018 she made Crime Zone – a tribute to her piano idols Kenny Kirkland, Herbie Hancock, Chick Corea and McCoy Tyner.

Han is something of a piano wunderkind. Her parents are classical musicians and they encouraged her to begin piano lessons at the age of five. At high school she was mentored by one of her teachers, drummer Bill Wysaske, and when she began her professional career at the early age of 17 he became her trio’s musical director. Most of Han’s jazz perspective emanates from this relationship and it informs the heavily percussive elements of her playing.

Iron Starlet has five originals from Han, three from Wysaske and two standards, Detour Ahead and Hello To The Wind. The album is top-quality post-bop with complex chord changes and imaginative soloing from all.

Its scorching title track has Pelt in Freddie Hubbard mode with tight piano and drums. Nova is soulful with sensitive Rhodes from Han and mellow sax and trumpet. The snappy Mr Dominator has Han hinting at early Herbie Hancock while in Mr O.G. her concise piano attack recalls McCoy Tyner. Smith glows on sax in Joe Chambers’ Hello To The Wind while Han nods distinctly to Chick Corea.

Wysaske’s superb arrangement of Detour Ahead has atmospheric arco bass with Han recalling Bill Evans until she entwines her own take on the song. Captain’s Song is a gentle ballad featuring Pelt on trumpet (Captain was the name of Wysaske’s dog). The brawny Boy Toy has blazing sax while The Forsaken has graceful piano, soft bass and whispering brushwork. Finally, Han lets rip, Kenny Kirkland style, on the uptempo Dark Chambers with Smith and Pelt in blistering pursuit.

Connie Han is a firm believer in preserving the jazz tradition but she shows in this album how it’s possible to create fresh ideas “without needing to deconstruct the building blocks of the jazz language”. In short, Iron Starlet is a fine example of contemporary mainstream jazz.