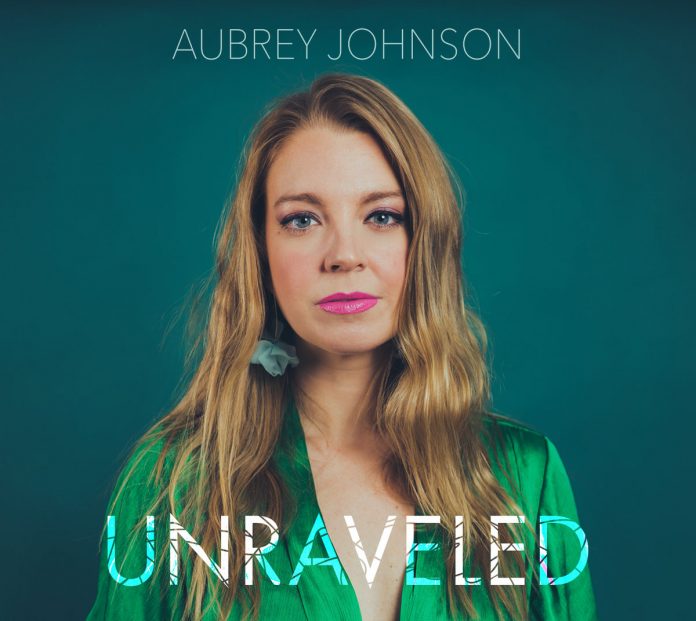 Debut records by significant talents sometimes suffer from an effort to show off too many facets at once. Aubrey Johnson’s is as multi-faceted as they come, but there’s nothing incoherent or hasty about Unraveled. It’s potentially the vocal album of the year. She’s already established a reputation for adventurous, Winstone-influenced wordless vocalising, and there’s a nod to Norma on The Peacocks, for which our favourite English singer wrote moving lyrics years ago.

But Johnson deliberately starts somewhere quite distant from orthodox changes jazz, with a version of No More ‘I Love You’s, a song most closely associated with Annie Lennox. It’s not just dashed off as a contemporary “standard”, though. Johnson’s line is treated instrumentally, opening up space for an exceptional group.

Michael Sachs sticks mainly to bass clarinet, keeping his alto for The Peacocks and Johnson’s own Lie In Wait (a thoughtful study of long-distance relationships); he brings in the clever Happy To Stay, a first clear sign that this is very much a collective effort. Tomoka Omura’s violin is sometimes plucked, sounding almost like a mandolin, but effective however it is played; Omura also contributes Voice Is Magic, which further bespeaks a strong musical gift.

Chris Ziemba is a totally original accompanist, who establishes a presence right from the opening track. Matt Aronoff and Jeremy Noller complete a rhythm section that is far more than that. This is an astonishingly complete and well-integrated group and they go with Johnson every inch of the way. There’s room for songs by Jobim and Gismonti, but neither done in the usual offhand “Latin” way. But for the pleasing addition of Vitor Gonçalves, either could have been dispensed with in favour of another Johnson original, but this repertoire is part of her make-up, too, and it rounds out the set warmly.

One hopes the follow-up is already on a hard drive somewhere. Johnson’s a formidable new talent who sounds like she’s been perfecting her sound for years.