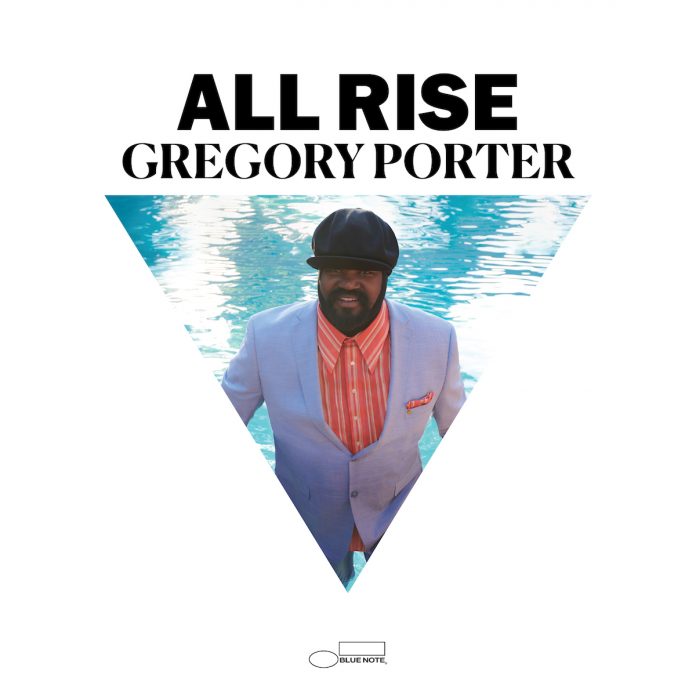 The phenomenon that is Gregory Porter continues to roll on ever bigger and better. All Rise is Porter’s sixth studio album and follows on from his 2017 Nat King Cole & Me album in which he paid tribute to one of his all-time heroes. I reviewed that album at the time, and whilst very good, it was always the interlude for a set of original songs in preparation. And here it is – a collection of new songs that are as every bit as impressive as his growing collection of signature songs such as Holding On, Hey Laura, Take Me To The Alley etc. In fact, I think Porter’s song writing is actually getting better.

When I reviewed Porter’s Live In Berlin DVD back in 2018, I wrote that his song writing was good but not yet great. Two factors prompted a note of caution. The first was that Porter was still relatively new to the music scene and this is a fickle industry; secondly, for songs to be great they have to stand the test of time rather than just sell in vast quantities. A song that is still being played on the radio several years after release is moving in the right direction and I regularly hear Porter’s earliest songs still being aired.

Sadly, in the world of jazz, being an original songwriter is also a reason for people to be suspicious of your credentials. Whilst writing music or covering the standards is perfectly acceptable, the moment a jazz artist starts to write their own songs they somehow cease to be authentic. Mose Allison is a good example of a great jazz musician who ended up being shunned once he became a songwriter. But I am sure Gregory Porter or Blue Note will not lose much sleep over this conundrum; and in any event, is Porter’s huge popularity not based on his ability to mix jazz, soul, blues and gospel?

Aside from writing new material, Porter has been busy becoming a global superstar, TV presenter (Gregory Porter’s Popular Voices on BBC Four), podcast broadcaster (The Hang) and one of GQ Magazine’s Top 10 Men of the Year, as well as becoming the first celebrity to sing a lullaby on BBC CBeebies. Is there no limit to the man’s talent?

It’s all a far cry from his upbringing on Christmas Tree Lane, Bakersfield, California. Whilst being a good neighbourhood, his was one of only two black families living there. In a recent interview with GQ, Porter said that whilst it wasn’t Mississippi, there was still plenty of racism around the neighbourhood with crosses being burned and missiles being thrown at the house. Porter also acknowledged the huge debt he owed to his mother for her musical influence (gospel, Miles Davis, Ella Fitzgerald, Nat King Cole et al) and the encouragement she gave him, as she was dying, to sing professionally.

Revival is the first track to be released as a single and with its heavily infused gospel sound it is bound to get plenty of airplay. For me, however, Porter’s best songs are the soulful ones (Modern Day Apprentice, If Love Is Overrated, Faith In Love), those that proclaim life can be good (Phoenix, Everything You Touch Is Gold, Mr Holland, Thank You), those that acknowledge that life is tough (Merchants Of Paradise, Long List Of Troubles) and those that proclaim life can be better (You Can Join My Band).

It has been said that Porter’s music is a positive response to the negative energy of racism, and we need that more than ever following recent events in the USA. Whilst Porter writes predominantly about personal relationships, I love the fact that he has a social conscience and is not afraid to show it. Concorde is my standout track on the album. It is a typically enigmatic and stirring Porter anthem which showcases his vocal range and dexterity to full effect. This is more than a good album – it is a great one.

Inspired to pick up a saxophone as a youngster by the lively funk of Candy Dulfer, the Swiss Johänntgen has long developed into a...

Stanley Crouch, a controversial, aggressive and influential jazz critic, columnist for the Daily News and The Village Voice (from which he was fired after...

Arlyne Brown (songwriter Lew Brown’s daughter) was married to Gerry Mulligan during the 1950s and for a while she was also his personal manager....

This record contains some of the finest modern jazz ever put on record. The period was a particularly good one for Miles Davis. Although...