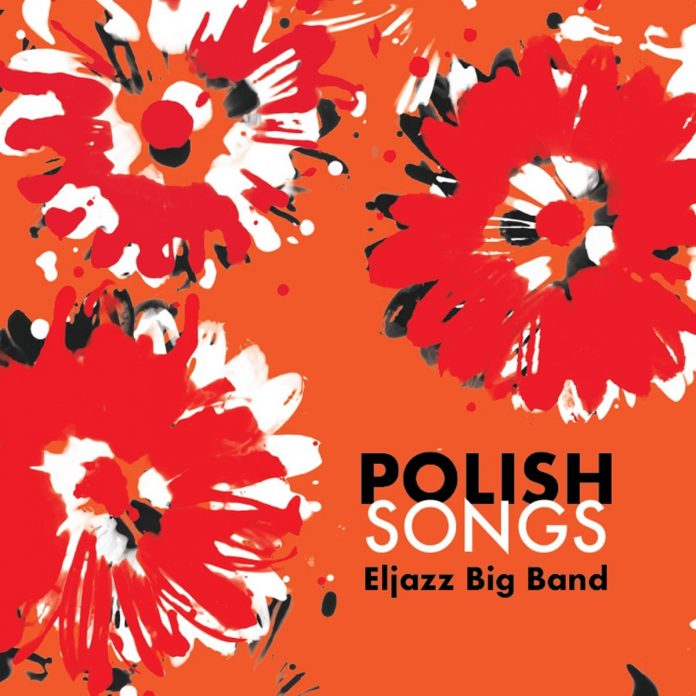 This is the second album I’ve heard from the remarkable Jozef Eliasz and his Eljazz Big Band from Poland. Drummer, conductor, big-band leader and promoter of the international Bydgoszcz Jazz Festival, Eliasz must know a thing or two about how to snatch a few hours sleep now and then.

Like many reviewers, I very much enjoyed his After The Catastrophe release of four or so years ago, with its vivid versions of some of Krzysztof Komeda’s striking compositions. And In The Rhythms Of Chopin, Eliasz’s previous venture, achieved platinum status.

It will be interesting to see the reception afforded Polish Songs. Allied to what I knew of Eliasz’s previous work, the album title had led me (perhaps naively, even presumptuously) to anticipate something of a politically hued, post-Komeda blend of contemporary classical composition and folk material, with plenty of modal jazz in the mix. Featuring chiefly snappy yet elegantly phrased vocals from American vocalists Karen Edwards – enjoy her scat on Sex Appeal – and Stanley Breckenridge, Polish Songs has something of the breadth and depth of instrumentation which distinguished After The Catastrophe. Sample, e.g., the fine five-piece string section’s introductions to Intimate World and With You (the latter featuring Breckenridge and Edwards in duet).

However, the overall ethos of Polish Songs is personal rather than political, its updated modern-mainstream take on big band jazz featuring a thoroughly crafted range of richly voiced and satisfying charts together with a bustling brew of section and solo work to complement the excellent Edwards and Breckenridge. Undefeated and A Knife To His Throat have, in part, something of the brooding intensity which I had (wrongly) thought might characterise this album – but it’s the bright, irresistible bounce of the following, finger-clicking I Love You My Love, with its charming vocal from Edwards and neatly spun solos from Namyslowski, Eliasz and Olszewsi, which better indicates the overall nature of the many pleasures on offer here.

Bruce Crowther - 17 September 2019
Although not especially well known internationally, Coneice Washington has been singing for many years. Hailing from Trenton, NJ, she started out as a child singing in church, she then...