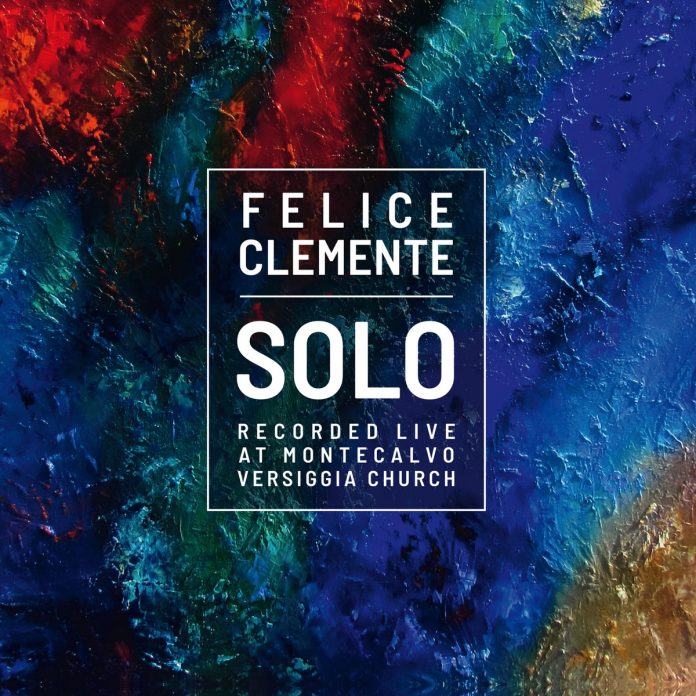 Solo saxophone is a daunting proposition, but some of my most transcendental jazz experiences have been one-man sets by Anthony Braxton, Steve Lacy and Evan Parker. Felice Clemente is hardly a pioneer like those players, but has a warm, mellifluous sound that makes this 54-minute solo set pure pleasure.

The saxophone’s lack of sustain makes it a challenge as an unaccompanied live instrument. So Clemente picked an 18th-century church with a rich natural reverb that becomes an extension of his instrument – or instruments, as he alternates between tenor, soprano and clarinet.

On La Nani he even adds a metronome, that ancient drum machine, talking back to it with popping beatbox sounds from his horn in the album’s most experimental moment.

He carries on a call-and-response dialogue with himself on Blues For One from Branford Marsalis’s In My Solitude, another album featuring solo sax in a church. Clemente ends with a bit of a dirty mute sound harkening back to Marsalis’s New Orleans, whose sound Clemente delves further into with his own Mixiland Jazz Band. A regular at the Blue Note Milano, he’s also performed with the likes of Mike Westbrook and Gregory Hutchinson.

Like In My Solitude, this album features a Bach composition, a fluid Sarabande. Besides the opening Harlem Nocturne from 1939 and one by French tubaist Michel Godard, the other selections are by Clemente or other contemporary Italians. Those include Ennio Morricone, whose Cinema Paradiso theme takes flight with Clemente’s circular-breathing helix spirals on the soprano.

He stays with the straight horn for the elegant, almost baroque original Bà – Bà, returning to the tenor for the final blues-based Free Improvisation.

Though not before a live audience, Clemente is clearly flying without a safety net here with no sidemen to catch him – and soaring gracefully.

Any group with three or more horns usually puts plenty of emphasis on organisation in some form or other. That certainly applies to the...

Urbie Green, the “trombonist’s trombonist”, was born in Mobile, Alabama, 8 August 1926. He studied piano and began on trombone at the age of...

I was eight years old when I first began to play the saxophone and since that time, I always remember my grandfather mentioning somebody...

Like most exciting and challenging music, this album is one of con­trasts and extremes. All the players are virtuosos; masters of expres­sion, not afraid...