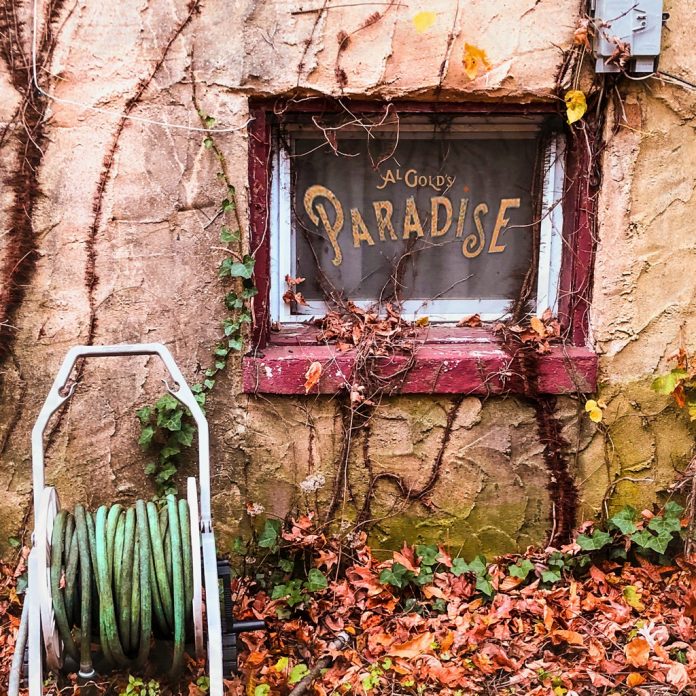 So where is Al Gold’s Paradise? Based on the evidence from this album, it’s somewhere inside a roadside bar, filled with plenty of beer, a pool table or two, tough but welcoming locals and a cramped stage packed with a bunch of top-flight musicians playing the blues. That’s certainly the feeling that Al Gold’s Paradise evoked in this listener.

Al Gold’s Paradise is a studio album, but manages to capture the atmosphere of a low-key live gig with deceptive ease – thanks must go to recording engineer and bassist Vd King and mastering engineer Dave Gross for much of this.

As for the music, Gold refers to it as “New Jersey Blues and Roots”, acknowledging the influence of his home state as well as the genres that exert their own powerful influence on his writing and playing.

Gold is a distinctive vocalist, evoking the vocal style of Muddy Waters or John Lee Hooker while never sounding derivative or inauthentic.

There’s quite an array of musicians here: over a dozen players, in different combinations, which helps to give variety to the performances. Gold is always at the album’s heart, however. He’s an acknowledged Peter Green fan and borrows straight from Then Play On-era Green for his slide guitar on the powerful Rambling Pony Blues: Green’s guitar sound also looms large on the downbeat Won’t Sleep Tonight.

Boogie In The Dark is a mysterious song about the afterlife, its atmosphere heightened by Johnny Sansone’s harmonica and Cassidy Rain’s vocal. Got A Mind is a short, sharp, swinging, slice of boogie. Paradise (Downhome) is as laid-back as a JJ Cale song: Paradise (Uptown) is punchier, a feature for organist Jared Gold and guitarist Dave Stryker, probably the two musicians on the album who are best known to jazz fans.

Tramps Take Linden is a slow, moody and slightly odd song telling of a group of tramps who, sometime in 1893, rode a train to the small New Jersey town, spent the night drinking, robbing and generally misbehaving then ran off into the woods early next day.

Leon Nock - 31 July 2021
It's probably true to say that the fans who bought these 78s as they were released and made Connee Boswell a best-selling recording artist are tripping the light fantastic...

Jazz Journal - 28 August 2020
On July 4th, at the Queen Elizabeth Hall, the Melody Maker staged a tribute to Louis Arm­strong for his seventieth birthday. Alex Welsh and the Band kicked off, and gave...