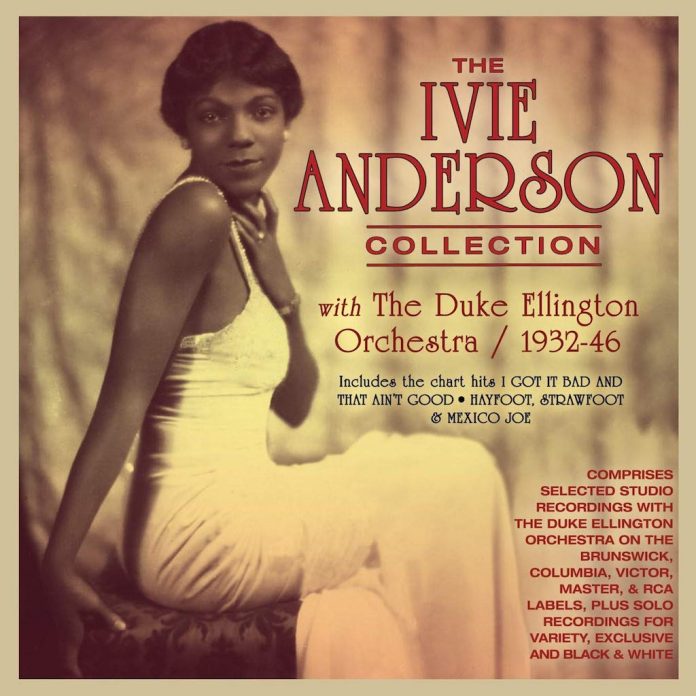 No attempt has yet been made to release in a single set Ivie’s more than 60 recordings with Ellington together with the dozen titles she recorded after retiring from his constant travelling.

These two CDs have 43 tracks with Ellington and seven without him. Those with him inevitably benefit from the contributions of his remarkable soloists, and it’s a clear point in Ivie’s favour that she doesn’t suffer from the contrast when her singing is preceded or followed by solos from such men as Brown, Hodges, Stewart and Williams. On the other hand Ellington used his singers very sparingly in concerts and many prefer to hear Ivie’s vocals interspersed among the contemporary, purely instrumental records.

This is not the first compilation of her recordings to be made available and prospective purchasers may like to consider other options beside this carefully chosen and presented selection.