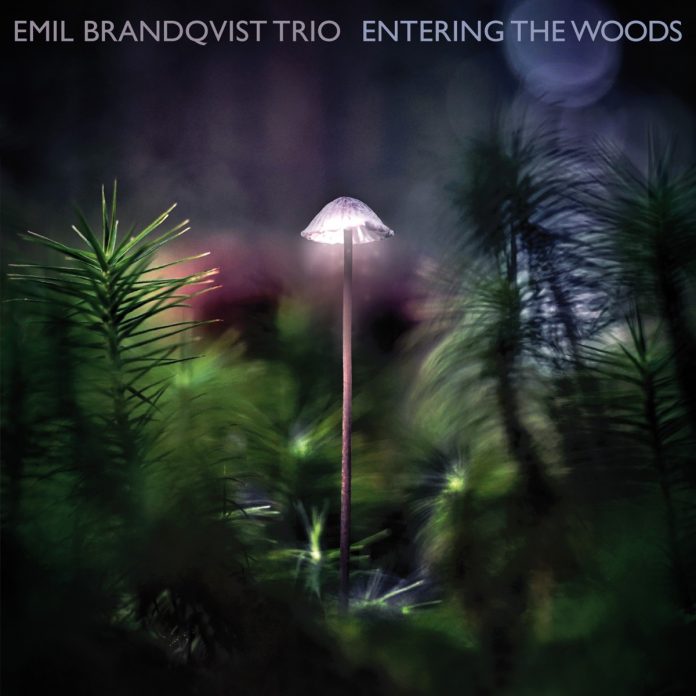 The attractive listener-friendly music of the Emil Brandqvist Trio has quickly found a loyal international following, garnering both critical acclaim and an enviable digital streaming count. German media station ZDF described them as “the loveliest flower in the piano trio genre”, and they have been nominated several times in the prestigious ECHO awards. This is the trio’s fifth album since the 2013 debut Breathe Out (Skip), a collaboration with the Sjöströmska String Quartet, and with each successive release EBT’s stature seems to grow.

While it may strike some as a little incongruous that a drummer should take marquee billing in a piano trio, Gothenburg-based musician, composer and arranger Emil Brandqvist is very much the creative lynchpin. The piano chair continues to be filled by under-rated Finnish-born ex-pat Tuomas A. Turunen, and in addition to contributing several compositions he is very comfortable in the role of lead instrumentalist. Rounding out the trio is bassist Max Thornberg, fluent in understatement and with a well-developed sense of when silence should be allowed to speak.

Opening in typically low-key fashion, My New Bike grows from a simple repeating figure. As Turunen glides over Brandqvist’s smooth skittering accents, the trio’s impressive restraint and control is immediately apparent. Turunen’s Unbreakable digs a little harder, and after some meaty piano-bass unisons his probing solo really smoulders. From Now On is solemn and hymnal, one of several moments where Turunen’s playing is achingly beautiful.

The contemporary groovers Grand Piano and The Clouds Are Clearing are perhaps the most radio-friendly pieces. Embellished with horns, organ and woodwinds, both tracks demonstrate the enduring influence of E.S.T. on this now ubiquitous format. Långbacka’s accordion adds an exotic air to The Woods, while the chaotic rhythms of Crowded Apartment coax a rare solo from the leader. Butterflies is a romantic and thankfully not overly sentimental waltz, and amongst other standout tracks I found it hard not to smile as Turunen toyed with the strict metronomic pulses of Hide And Seek.

An intelligently nuanced set, and while there may be nothing particularly ground breaking about EBT’s neo-classical forms and lyrical reveries, Entering The Woods has an unmistakable sense of sincerity and purpose.

German-born and resident in the USA since the late 1970s, Leni Stern has built a consistent reputation as a leading jazz guitarist. Always interested...

There were gasps of excitement from drummers worldwide last July when Steve Gadd announced, via Drum Hangs on Zoom, that he'd been busy working...

Opening with a drum solo, this vintage fusion set reminds us of an era when drum gymnastics were a mandatory part of the fusion...

"An intelligently nuanced set, and while there may be nothing particularly ground breaking about EBT’s neo-classical forms and lyrical reveries, Entering The Woods has an unmistakable sense of sincerity and purpose"Fred GrandEmil Brandqvist Trio: Entering The Woods
Advertisement