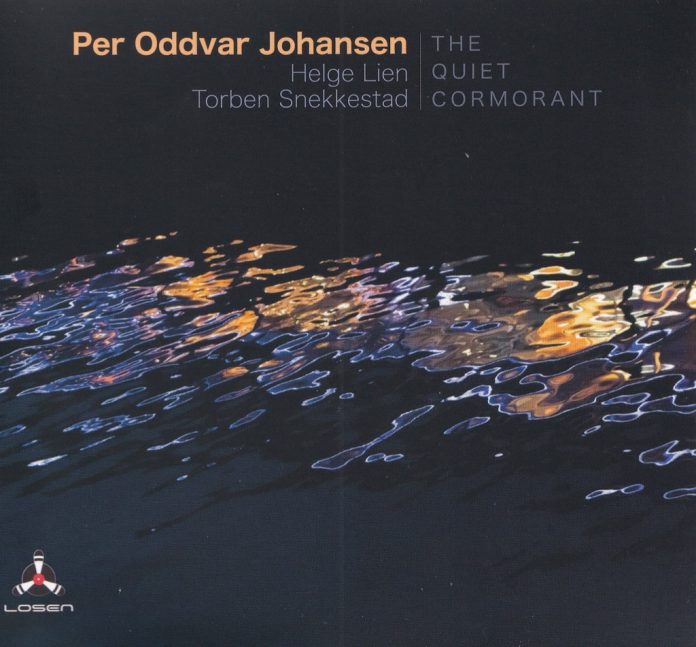 Perhaps best known for his work with Trygve Seim and The Source, percussionist and composer Per Oddvar Johansen has been a feature of the Norwegian contemporary music scene since graduating from the Trondheim Music Conservatory in 1992. I was utterly captivated from the first moment I saw him performing with the Christian Wallumrød Ensemble – his free time-keeping clearly belonged in the line of Christensen and Motian, but his unpredictable and occasionally theatrical idiosyncrasies felt entirely personal.

This is the second outing by his slightly lopsided bass-less trio, and their debut Let’s Dance (Edition Records) was one of my records of 2016. Helge Lien will need little introduction, and his trio are one of the very best in contemporary European jazz. Danish multi-reedsman Torben Snekkestad plays with Lien in Tri O’Tang. Equally comfortable playing chamber jazz or exploring the margins with Axel Dörner and Barry Guy, he makes contributions to the textural and melodic fabric of this music that simply can’t be overstated.

It was recorded and mixed by Jan Erik Kongshaug at Oslo’s Rainbow Studio and the prevailing mode is that of the spacious lyrical free ballad. The opener immediately plunges us into a perfectly still landscape, and Lien’s pensive phrasing takes on an almost spectral quality via the close shadowing of Snekkestad’s hushed overtones and Johansen’s ethereal vibes. The lightly dancing Waltz For Hire is redolent of Garbarek’s late 70’s zenith, while Brown House brings the first of two impressive cameos by guitarist Hedvig Mollestad. An atmospheric piece, it somehow distils the essence of Ketil Bjørnstad’s Water Stories into seven thrilling minutes.

Mollestad’s acid-rock chops are put to devastating effect on the splendidly titled Love, Peace & Currywurst. Her explosive entrance really ups the ante, and Johansen rises to the bait. Elsewhere there is nothing quite so dramatic, but each piece is thoughtfully crafted and takes the listener down a different melodic or rhythmic tributary. A Ballad In Popular Keys meanders purposefully to a natural crescendo, Sunshine – After Fog and Current Tides are wonderfully impressionistic vignettes, while the closing Where Did You Go expresses deep longing by harnessing the power of silence.

For lovers of Scandinavian jazz this is the real deal, a triumph both of style and substance.