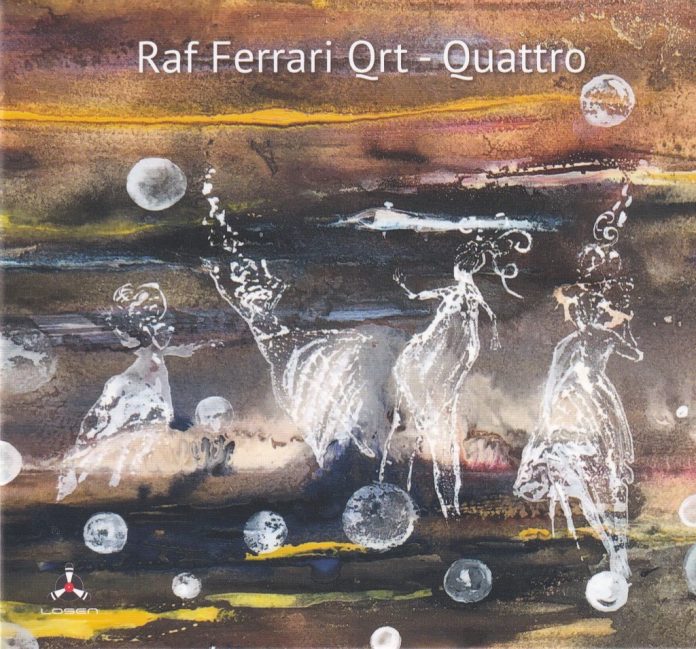 Without the cello of Vito Stano, Raf Ferrari’s combo could be just another gifted post-E.S.T. trio. Together for over a decade now, the group have released two albums on the Italian Dodicilune label, Pauper (2008) and Venere E Marte (2012).

This self-produced recording actually dates back to November 2014, and until now has only been sold at concerts. When Odd Gjelsnes, owner of Losen Records, saw the group in Oslo in May 2019 he was immediately smitten, and we can be grateful that he has wasted so little time in getting this vibrant music into wider circulation.

Opening with the adrenaline-charged fanfare of Utiemp, it is immediately clear just how much Stano brings to the group. Carrying its sweeping melody, the cellist takes it through several slick changes of mood and tempo. It takes almost five minutes for the theme to finally dissipate, and when it does we’re rewarded with a hard-driving solo from the leader. Apart is one of several improvised bridges, incomplete in itself but programmatically significant as musical punctuation between the longer-form pieces.

Microictus builds outwards from a cascading piano arpeggio, quickly breaking down into faux swing as Stano evokes memories of Ernst Reijseger’s more slapstick moments with the ICP Orchestra or the Clusone 3. Ferrari holds centre stage on the nostalgic slow-burner É, turning the piece inside out with Jarrett-like facility. Mio finds the pianist in more introspective voice, while the unfolding dramas of L’Urlo sees him taking a nod to the Latin-tinged passions of Chick Corea.

Embodying the group’s musical by now distinctive musical thumbprint in capsule form, The Seasons is more through composed than the Quattro suite. Stano is the principal melodist on the darker-hued Autumn and Winter, while Ferrari’s piano animates the awakening of Spring and Summer. It may lack the unpredictable drama of the more open-ended pieces heard elsewhere on the album, but it is nevertheless impeccably executed and rich in filigreed detail.

Admirers of the turbo-charged melodies of Neil Cowley should feel instantly at home in Ferrari’s genre-bending sound world, and with the backing of Gjelsnes’s ambitious label it can only be hoped that more will follow soon.

Simon Adams - 13 October 2021
Barney Wilen’s career as France’s finest saxophonist was well on the skids by the 1980s, but was rescued by the unusual intervention of a comic book partly inspired by...