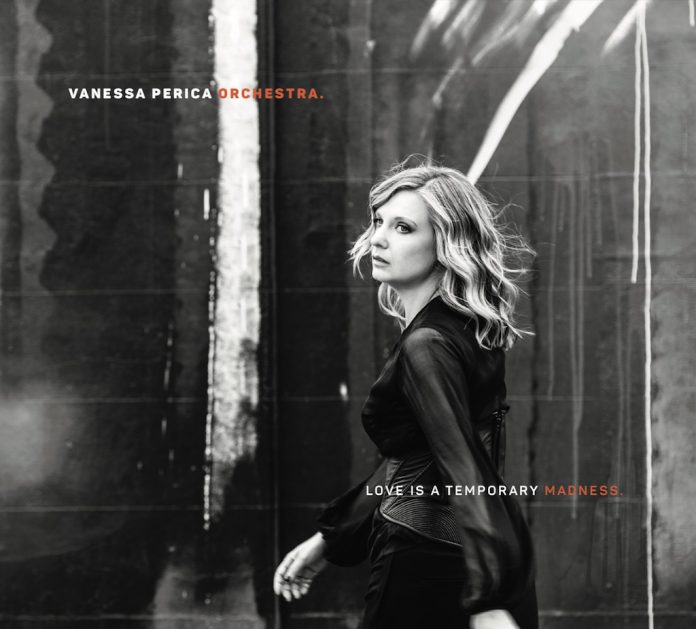 Australian composer and bandleader Perica explores all the different textures available in an orchestral setting on this album. It’s a surprising mix of frenetic, interwoven, pulsing themes and quieter introspection. Spaccanapoli, the opening track, launches the listener into a whirlwind of drama, with the rhythm section working overtime against the drive of the horns. It has shades of Woody Herman, Stan Kenton and Lalo Schifrin in composition and phrasing, and indeed that holds true for many of the tracks.

The mood changes to something softer and more reflective on Woody’s Lament and Saint Lazare, with Andrea Keller offering some lovely, contemplative piano to set the scene before the orchestra runs with the developing themes. Perica really exploits the range of the orchestra in her compositions and arrangements to good effect, but it hangs together well across seven very different tracks. Rebrahmanization bookends the album with another fizzing big band sound.

Perth-born Perica, who majored in jazz composition and arranging at the West Australian Academy of Performing Arts, is supported with an impressive cast of musicians. Producer and mixing engineer Grant Windsor, who has also worked with Clare Teal, has delivered a punchy, dynamic sound that also adds to the success of this project.

Gareth Thomas - 09 June 2020
It’s an often-told legend that Miles Davis had particular trouble in nailing Thelonious Monk’s ’Round Midnight. Time and time again he would come off stage to ask Monk what...