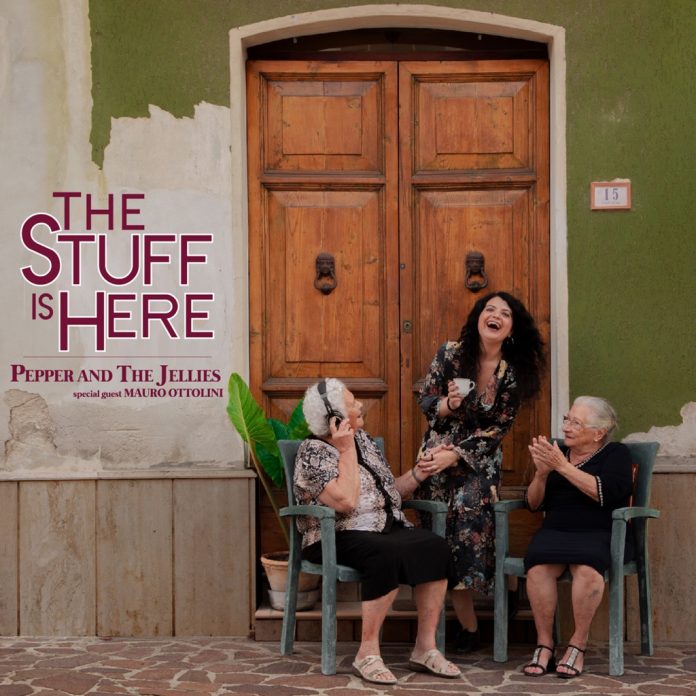 She also plays washboard (not featured here), and does some scatting, with or without kazoo. Her blues singing is particularly striking with Brownskin Gal and Victoria Spivey’s Any Kind Of Man outstanding.

Ilenia (sobriquet “Pepper”) moulded her Jellies (did I really just write that?) in 2013. Galiffe is a very capable and versatile guitarist who gives responsive matching support, and contributes interesting creative solos. Bassist Macrini, likewise, is adept in solo as well as in rhythmic support, laying down a fine bowed opening chorus in All My Life. An enjoyable plus on four tracks is the addition of Ottolini, who plays trombone (and cornet once) with a clear tone, fluent, accurate phrasing and considerable technical skill.

All in all an enjoyably evocative and entertaining set of vocals in hot 30s style.

Pepper And The Jellies are on Facebook. Hear/buy The Stuff Is Here at Alman Music or Apple Music

Brian Morton - 12 July 2019
Older readers might remember that Miles Davis preferred “social music” to the hated “jazz” label. It has merits as a definition, despite the “socialist-realist” vibe that hovers in the...