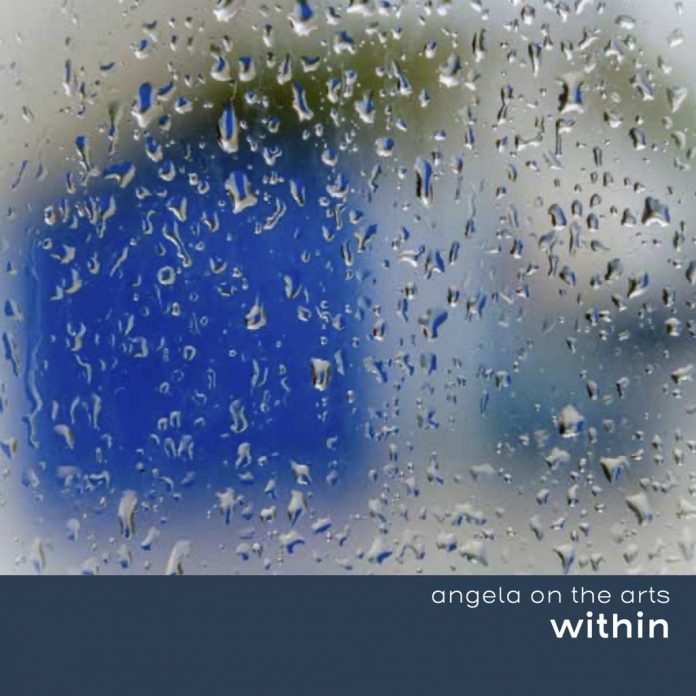 “American post bop/hard bop jazz trumpeter, born 30 March 1950 in Holliston, Massachusetts, USA” – the Discogs bio sums up how I thought of John D’earth, illustrated by his fine 1992 album One Bright Glance, with John Abercrombie. So I was surprised to find him playing beautifully melodic, chamber-inflected free improv with Angela On The Arts. They are a trio: D’earth on trumpet, flugelhorn and percussion, Bonnie Gordon on viola and Michelle Oliva on bass clarinet and loops. On some tracks, they’re supplemented by guest musicians.

Jazz educator Doug Richards provides a telling encomium: “There are people who teach who … can do a very nice service to their students. And then there are a handful of … extraordinary musicians who are able to impart the essences to their charges and John is one of those… It’s often by osmosis … by kids picking up on your deepest intrinsic merits”. (There’s an excellent interview article here.)

It was the deployment of free improv that surprised me – not the melodic aspect, for D’earth has always been a melodist. The results resemble a kind of free improv version of Jimmy Giuffre’s The Train And The River trio – though I guess Giuffre’s own later work was such a version too! – with a bucolic feel.

With 16 tracks in the course of just under an hour, some are fairly brief – the opening Timbre, for instance, with beautifully woody bass clarinet, and a gorgeous blending of timbres. The acerbic Grounded, featuring electronic percussion, has a South Asian modality. Little House, with the addition of what sound like vibes, created – I assume – by electronic percussion, is a plangent performance. A rare delight!

For more about Angela On The Arts, and to purchase their debut album, Within (CD or digital format), click here to visit their BandCamp page

Brian Morton - 27 November 2020
Superior modern jazz from the saxophonist, making her second appearance as leader on CD. She grew up in Stavanger and came to jazz the familiar way, listening to the...