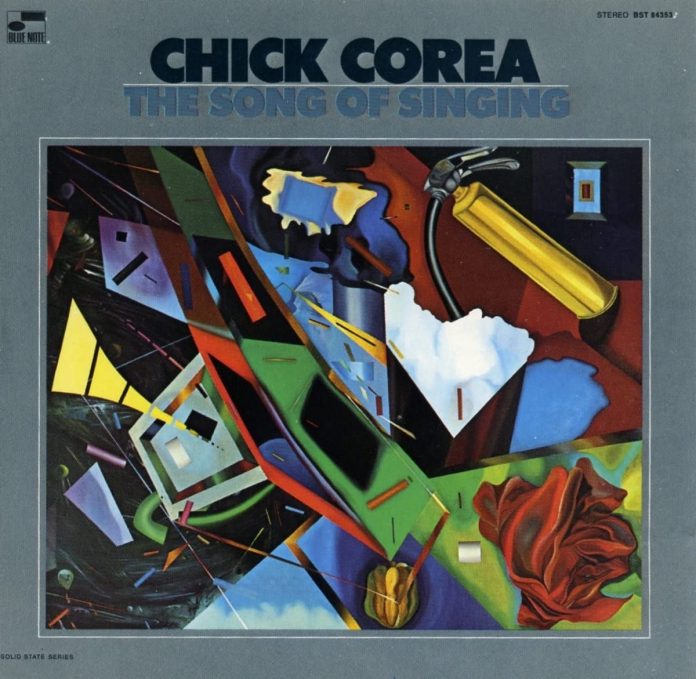 Like the cover picture, the music tends to be surrealistic. Certainly it is inventive but it leans toward the glossy rather than the profound and the aggressive rather than the swinging. I have always enjoyed Corea’s play­ing with Miles Davis but with the full canvas at his disposal he tends to spread his melodic paint thinly, a fact not disguised by his use of brilliant colours.

Stylistically he is not hard to place. At times on Toy Room he plays juddering figures that couid have been con­ceived as press rolls on the snare drum, although on the more up-tempo pieces he comes on like a cross between Paul Bley and Cecil Taylor. The comparison with Bley does not end there, however, and the two introspective Ballad readings have the same frag­mented approach as might be expected from Bley’s latterday work.

Altschul and Holland play well, especially the drummer, and Corea is never left high and dry even in his most oblique moments. I think it was Charles Fox who once said to me that the test of a trio album is whether the reviewer keeps it in his collection. Despite its moments of superficiality I will keep this.