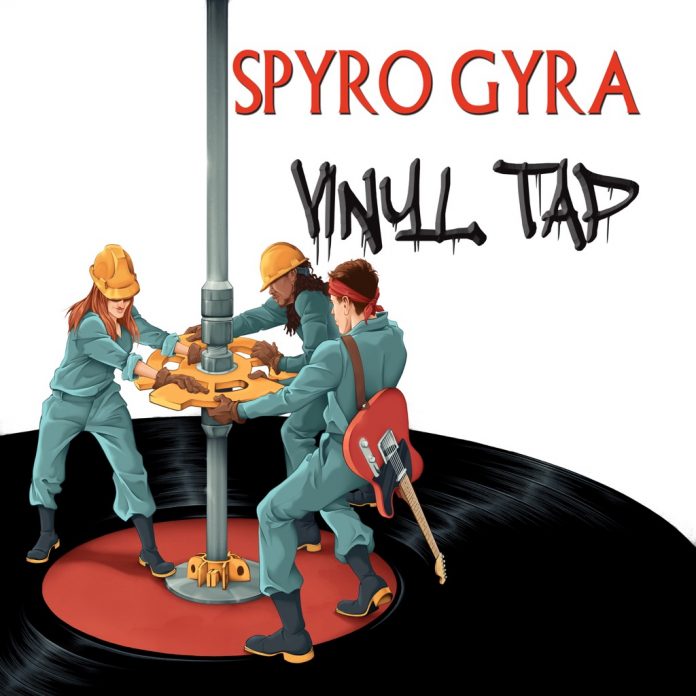 Spyro Gyra have been around a long time and this is their 31st album, disproving any thought that the band was a one-hit wonder or lacked longevity. Ten million record sales is impressive for a jazz band, but of course Spyro Gyra are not really a jazz band or are they? They are known predominantly as a jazz-fusion band combining elements of jazz with R&B, funk and pop. They have undergone a lot of personnel changes since their formation in 1974 but co-founder and saxophonist Jay Beckenstein still remains, as does keyboardist Tom Schuman. Morning Dance (the album and the single) has been their biggest success which, incidentally, included Michael and Randy Brecker in the line up of musicians.

Commercial success continued in the 1980s with Catching The Sun and Carnaval albums going gold and Breakout being a Billboard Top 15 jazz album of 1986. Numerous albums and personnel changes followed, but it was not until 2006 that Wrapped In A Dream became the band’s first album in 20 years to be nominated for a Grammy Award. More critical success followed with subsequent albums as did more personnel changes due to illness etc.

What is different about this album, however, is that it does not contain any original band material whatsoever. Instead it contains nine covers of well-known songs including Cream’s Sunshine Of Your Love, Michael McDonald’s & Kenny Loggins What A Fool Believes, Steve Winwood’s Can’t Find My Way Home and Lennon & McCartney’s You’ve Got To Hide Your Love Away. This is not the Great American Songbook, but a collection of music that holds some importance for the band, arranged in such a way as to transform the originals into something new.

I have to admit I was sceptical at first and so too were the band, it seems, with fears of sounding like a “wedding band” being voiced. For some reason we don’t see it as a problem for a band or artist to reinterpret the old standards, but we become highly sceptical when this happens to songs written from the 1970s onwards. Surely, the same principles apply – good songs are good songs whenever written; and unique and interesting arrangement of someone else’s music (whatever the genre) is perfectly acceptable. It goes without saying that the musicianship should be of the first order.

I am pleased to say that all these elements are present on this album and the end result is something quite extraordinary. The fact that it has stayed as my CD of choice in the car for several days running is testament to the fact that this project worked for me. My only gripe is the album title. Whilst I accept that it is meant to suggest the the band has tapped vinyl for inspiration, I think its intended play on the title of the 1984 rockumentary film, Spinal Tap, is more cringeworthy than clever.

John Watson - 04 September 2020
Andrew McCormack is a world-class pianist, emerging as a rising star in the 2006 BBC Jazz Awards, and performing in the bands of players including bassist Kyle Eastwood and...

Keyna Wilkins: So What Bach – Six Piano Jams On Bach...