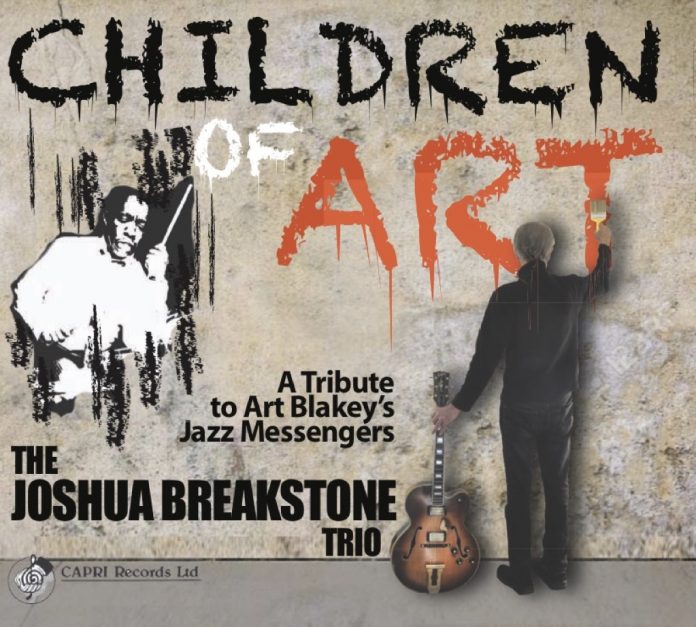 … the Art being Blakey, in this instance. This is Breakstone’s tribute to the Messengers and it’s a great deal more imaginative than it might sound. For a start, it’s not the most obvious format. You’d expect horns and piano, rather than a guitar trio. And you might turn it over fearing a programme of the most obvious Blakey blasts, when in fact the tunes could hardly have been selected more creatively.

They begin with Lee Morgan’s The Witch Doctor, one of the trumpeter’s most evocative lines, and I don’t know anyone else who would have reached for Walter Davis Jr’s Splendid or Wayne Shorter’s El Toro ahead of something more obvious. Breakstone has form with this. He’s previously made tribute albums to Monk (an odd fit, though the leanness of the guitarist’s playing made it work), Bud Powell (ditto), Grant Green and Wes Montgomery (more obviously) and one wonders whether Joshua feels the need of canonical support rather than relying on his own compositions.

He’s a very clean-lined guitarist, with a tone that insinuates rather than leaping out of the amplifier. He can be inattentive when improvising and some of his solos tend to wander off track, as happens on the closing original Children Of Art, but he usually manages to reel it all back in. Wind and Zigmund are a good mix for the leader. I associate him with Keith Copeland at the kit but this trio sounds well travelled and Zigmund does a terrific job, without ever trying to sound like Blakey. The problem with doing that is that you’re apt to sound like Blakey from On The Buses, all shouty and over the top.

After more than a decade of activity, Breakstone emerged in the early 2000s as a highly sophisticated and thoughtful player and that’s the artist on show here, so don’t be misled in either direction by the concept here, which is true to the musical virtues of the Messengers but makes no attempt to outpunch them.

Nigel Jarrett - 06 February 2022
Russian-born American pianist Misha Tsiganov says he wasn't, on his latest album, intending to make the most difficult arrangements ever. He's too modest to admit that by “difficult” he...

Jazz Journal - 31 May 2022
The Murray river continues to pour forth an ever increasing tor­rent of fine records, with new quartet, quintet (reviewed else­where in JJI) and big band sets for your delight,...