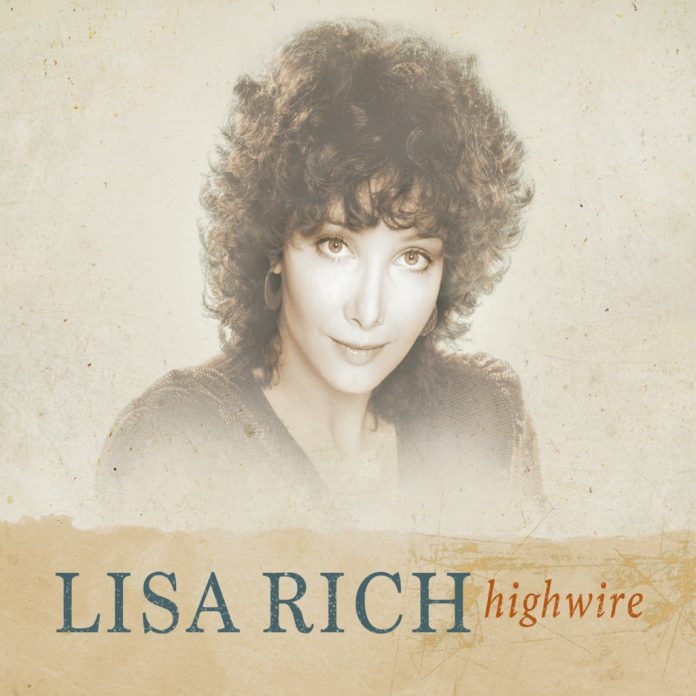 Back in the 1980s, Lisa Rich seemed set for a long and successful career as a jazz performer: two albums, concerts in China and India, NEA grants and positive reviews in leading magazines. She recorded a third album, in 1987, then ill-health forced her to stop performing and touring, putting her career on long-term hold. Thirty-two years after recording that third album Rich has mixed it (with Bob Dawson) and it finally gets a release, as Highwire.

Chick Corea is the album’s central songwriter. Rich met him in 1985 and five of his songs appear here as vocal numbers (with lyrics by Tony Cohan) – in most, if not all, cases these are the first vocal versions of these compositions to be recorded.

Among other composers whose work is interpreted here are Ralph Towner, Duke Ellington and Ornette Coleman. Towner’s Celeste (with lyrics by Norma Winstone) is combined with Ellington and Irving Gordon’s Prelude To A Kiss to form a notably sophisticated and romantic pairing. Only Coleman’s Lonely Woman seems out of place: Rich and pianist David Kane interact well, but the song sits uncomfortably alongside the romance, catchy hooks and engaging melodies of the rest of the tracks.

Rich’s vocals combine technical skill, precision and clarity with an emotional connection that readily transmits itself to the listener. She’s strong and swinging on uptempo numbers like High Wire The Aerialist, The Jinn or Bud Powell (all Corea/Cohan songs) but she’s even more impressive on the ballads, particularly the aforementioned Celeste/Prelude pairing.

Bruce Lindsay - 13 July 2019
Around 1970 drummer and percussionist Maurice White decided to leave Ramsey Lewis’s band, which he’d been part of for over three years, to form his own combo. The result...