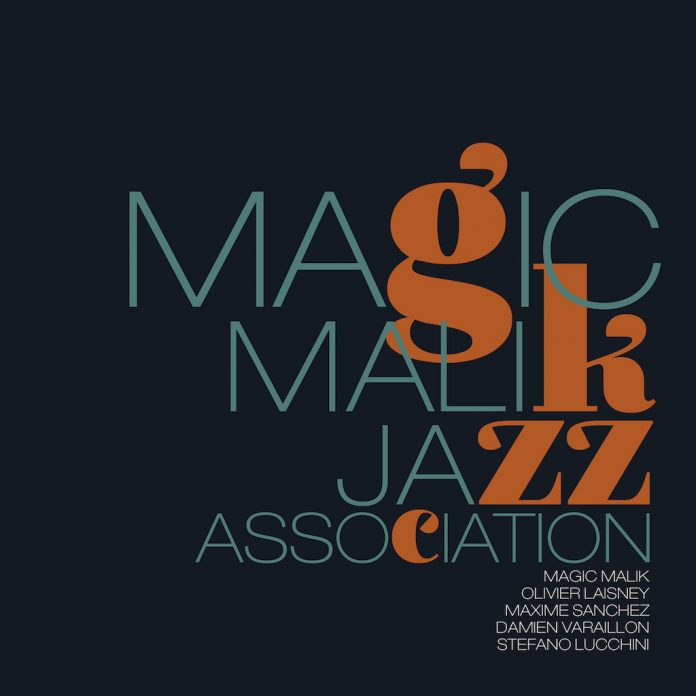 Originally hailing from Guadeloupe, Magic Malik (born Malik Mezzadri) moved to Marseille at the age of 17 where he graduated from the Conservatoire de Marseille and won first prize for flute. He also studied under virtuoso flautist Marc Rovelas.

Malik spent 10 years in the reggae band Human Spirit and later was a member of the jazz fusion group Groove Gang, before assembling his own Magic Malik Orchestra in 1992. His debut album, HWI Project (Musidisc, 1997) preceded a clutch of albums, many of which were released on Label Bleu and sported cryptically abbreviated titles such as 69.96; 00-237/XP-1 and XP-2, the latter two featuring M-Base founder Steve Coleman on alto saxophone. These albums were all highly original with complex and harmonically rich arrangements and an avant-garde sensibility.

So, whilst Jazz Association, an album comprising 10 standards and one self-penned original, is hardly Malik’s usual fare, he ensures that his eccentrically inimitable imprimatur is firmly stamped on it throughout.

Malik’s sporadic falsetto vocals often seem to echo the late Dudley Moore’s jokey vocalese, though this is stylistically coincidental, because Malik is undoubtedly serious and sincere. There’s even a degree a poignancy in the vocals too, as heard, for example, on Kurt Weill’s My Ship. Admittedly, Malik’s vocals are arguably not his strongest suit although at times his wordless scat singing is undeniably hypnotic and engaging often combined with breathy flute. There is also the argument that his iconoclastic approach is not dissimilar to that of Rahsaan Roland Kirk.

His flute playing and singing on Wayne Shorter’s Lost is memorably mesmeric and the bird-like flute and voice intro to Shorter’s Yes Or No is equally enthralling. Trumpeter Oliver Laisney turns in an excellent Clifford Brown-like opening to the Rodgers and Hart ballad You Are Too Beautiful, and perhaps not coincidentally two Brown numbers (Daahoud and Joy Spring) are also featured on the album.

Nigel Jarrett - 05 January 2020
Adding an accordion to a manouche-style band has a certain piquancy in view of the music's Franco-Belgian origins. It evokes Parisian thoroughfares and pavement cafés just as a clarinet...