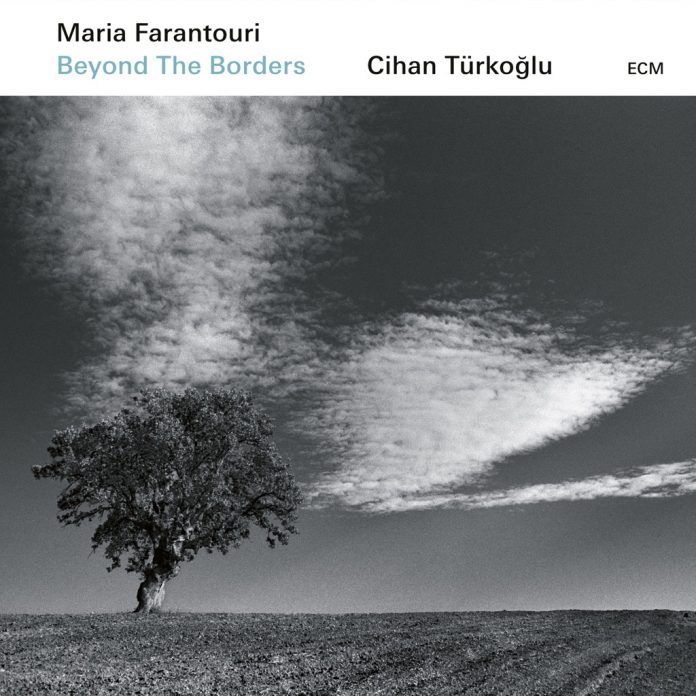 The broad church of the ECM catalogue is shown, once again, with a release of music that it is hard to imagine finding a home on other labels. Beyond The Borders presents the listener with a variety of traditional music from Greece, Turkey, Lebanon and Armenia, with some original compositions by Cihan Turkoglu that fit perfectly with the atmosphere and sentiment of the overall album.

Backed by a small group on traditional instruments that include saz, kopuz and kanon, Farantouri and Turkoglu sing songs and tell through music various stories that are important to these cultures. They do it with integrity and feeling.

The accompanying CD liner booklet offers useful background notes to the songs, which do lose something in performance without the listener being able to appreciate the nuances of the languages in which they are sung.

Over the course of just under 50 minutes, we get to hear about legendary figures from folklore, expulsion and flight from persecution, myths, wedding traditions, yearning, loss, broken dreams and hidden desires.

Performed with subtlety and a sense of great respect and engagement with the importance of tradition, the voices occasionally sound a little under-recorded, but overall the music from these different but connected cultures integrates well as an engaging and thoughtful set.

At no point could any of the content be described as jazz, but for anyone enjoying the diverse culture and appeal of world music, certainly one to explore.

Brian Morton - 25 April 2020
Schenker has been around for some time on the Swiss scene. He’s also an information technology expert. This might tempt the unwary into thinking that the trumpeter is another...