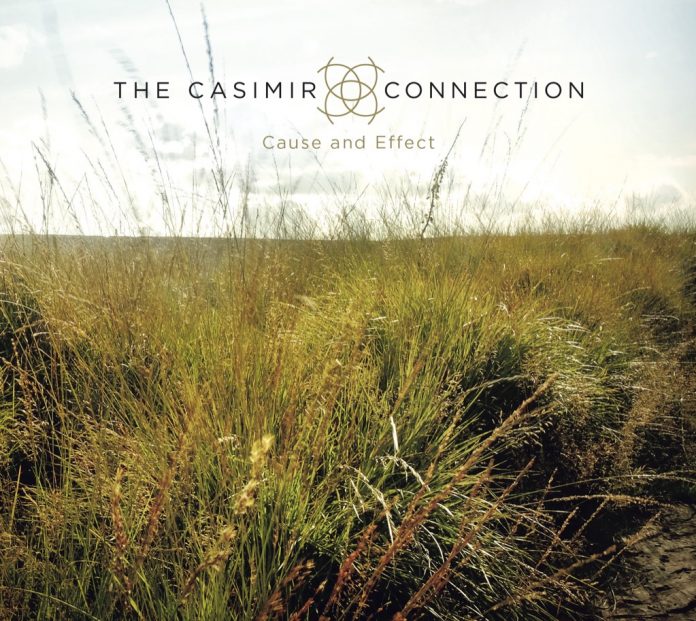 Here is something more than a touch special. McLoughlin is well-known for her playing – her saxophone sound and improvisations have drawn praise from no less a connoisseur than Dave Gelly – as well as for her adventurous writing for big band, including her popular Giant Steppes ensemble.

Here, this exploratory composer and instrumentalist turns her attention to the cross-genre potentialities of drum-less chamber jazz. The music – as cleanly and leanly delivered as it is expansive in poetic effect –fuses through-composed and improvised passages, meditative consonance and energising (and disciplined) dissonance, as Jarrett-like strains meld with Irish and Balkan folk tropes and the fervour of post-Coltrane improvisation (Up On The Moors, The Storm Inside) is tempered by classical nuances recalling (but not imitating) aspects of Bartok and Poulenc.

The beautifully designed and illustrated fold-out packaging includes informative notes from McLoughlin, as incisive as they are revealing: they detail influences from Eisenstein (Theory) to Hockney (Lost In Colour), ancestral roots (Secretive Irishman, a two-part meditation on McLouglin’s Irish grandfather), the vicissitudes of history (A Day In A Polish Village 1933 – a tribute to McLoughlin’s mother, a casualty of war) and the healing balm of solitude and nature (Nurture, Moors, Contemplation).

The playing throughout is first-class: sample the rounded beauty of Fairhall’s opening pizzicato bass figures on A Lonely Child, for instance, and the patiently unfolding group interplay which subsequently floats the hauntingly stepped theme upwards and outwards. Spaciously conceived yet incisive group empathy is the order of the day, conjoining with a range of riveting solos – now gravely contemplative, now up and dance-driven (Torch Song) – to infuse the music with a rare mythopoetic aura.

If you’re drawn to McLoughin’s work – or to Jack or W B Yeats, Coltrane or Jarrett, Michael O’Suilleabhain or Jan Garbarek, Kim Kashkashian or Julia Hülsmann, for example – you won’t want to miss this superb album.

Bruce Lindsay - 05 December 2019
Back in the 1980s, Lisa Rich seemed set for a long and successful career as a jazz performer: two albums, concerts in China and India, NEA grants and positive...