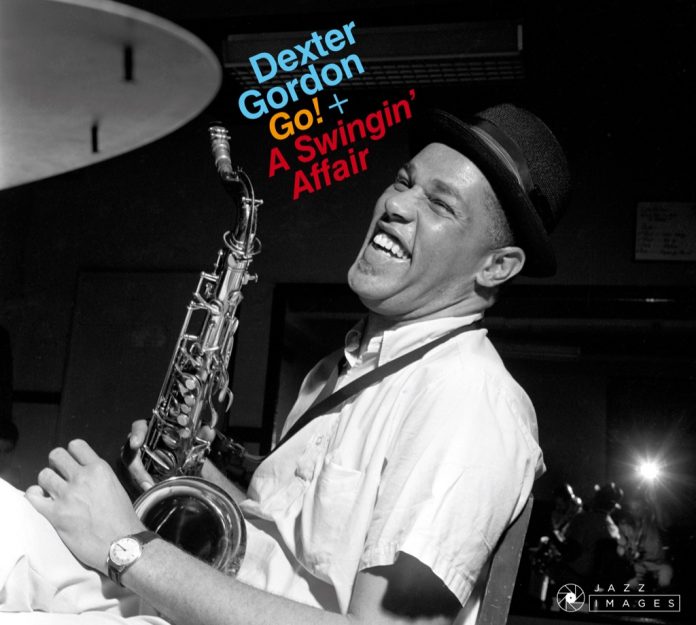 This Jazz Images reissue comprises four important recordings made during Dexter’s mid-career. It’s attractively packaged, with an introductory essay by Arnold Marcus, original (and legible) liner notes by Ira Gitler, Barbara Long and Leonard Feather and an unsigned review of Dexter Blows Hot And Cool – a rare recording made in 1955, originally issued on red vinyl by Dootsie Williams’ Dootone label.

Dex frequently named Go! as his favourite album. It has certainly stood the test of time. There are plaintive interpretations of Where Are You? and I Guess I’ll Hang My Tears Out To Dry delivered with stentorian authority. On a blistering performance of his own composition, Cheesecake, and a Latin-tinged Love For Sale Dex employs what Michael James called his “cavernous” sound, egged on by the highly propulsive rhythm sectionof Sonny Clark, Butch Warren and Billy Higgins. In a Downbeat review, Don DeMicheal commended Dexter’s playing as “easily the best I’ve heard him play since his rejuvenation. The album will be one of those that musicians and others interested in music rather than the latest thing will play and treasure for years to come”. He was right!

A Swingin’ Affair, recorded two days after Go!, includes marvellous readings of You Stepped Out Of A Dream, with an economical but effective contribution from Clark, and a poignant Don’t Explain. Dexter introduces his composition Soy Califa with an opening shout (translated as “I’m Caliph”) before launching into an impassioned solo complete with quotes from I’ll Never Be The Same and Have You Ever Seen A Dream Walking? followed by a sparkling solo from Clark and short bass and drum exchanges between Warren and Higgins.

The third Blue Note session, Dexter Calling, with Kenny Drew, Paul Chambers and Philly Joe Jones providing sterling support, is excellent. Soul Sister, written by Dexter for the Hollywood movie version of The Connection, begins in waltz time but moves into a commanding 4/4. Chambers has a superb solo before Gordon returns to the opening waltz tempo. On his composition Ernie’s Tune, Dexter plays the slowly unfolding melody in shifting timbres and closes on a series of single staccato notes. This is a very satisfactory set, with Smile and The End Of A Love Affair receiving driving renditions.

Dexter Blows Hot And Cool, one of Gordon’s first LP ventures, made during a drug-related period in his life, is not up to the standards of the Blue Note albums. But in the congenial company of then-newcomer Carl Perkins, bassist Vinegar, drummer Thompson and the mysterious trumpeter Jim Robinson (heard on three brief tracks), Gordon and Perkins turn in creditable versions of Silver Plated (another Gordon original), Cry Me A River and Tenderly. A fast-moving Blowin’ For Dootsie is Dexter’s genial nod to Dootsie Williams and his record label, with the enthusiastic and full participation of the trio. Not essential but very enjoyable.

Dave Jones - 01 December 2019
This is a completely bonkers (and really quite short) new album (subtitle "A Time Warp Into Cole Porter’s Music") which made me smile, unlike a number of recent jazz...