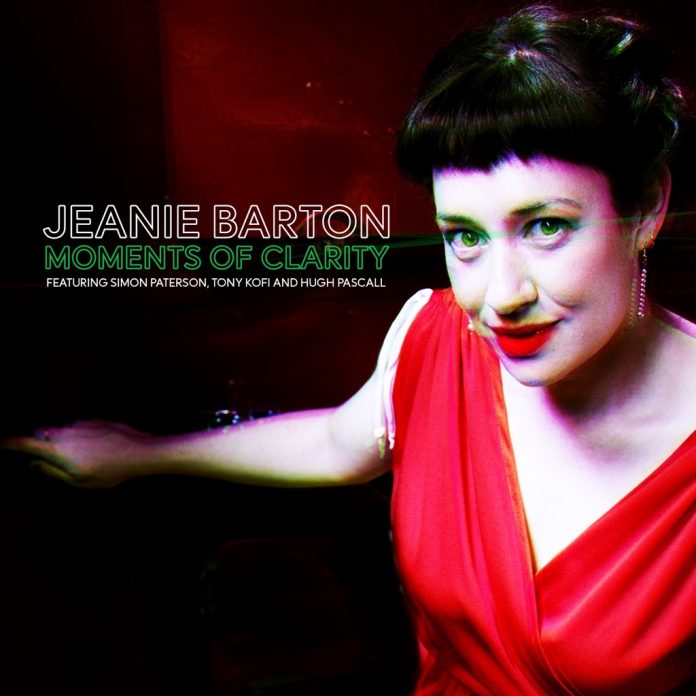 Turning to jazz singing after making her mark as principal in the National Youth Music Theatre, Jeanie Barton made her mark at the 2015 Marlborough Jazz Festival where she was named Best Newcomer although she had made her recording debut five years earlier with The Magical Mirror.

Two years after Marlborough she recorded Who Wants To Live Forever? with alto saxophonist Tony Kofi, a single that attracted yet more favourable attention. She has also worked in duo with Joe Bickerstaff and in a trio with Bruce Adams and Joanna Hudson.

Barton’s vocal sound is warmly melodic and mature, and she delivers the songs with evident sincerity. This album is described as “an innovative electro-orchestral collaboration” between the singer and Simon Paterson, Professor in Music Technology at Nottingham University. Paterson’s playing on several instruments is deft and admirably suits the material.

She’s a proficient songwriter, all but two of the titles being her compositions; the exceptions are Weeks Of Wonder (by Barton and Paterson) and The Air That I Breathe (by Albert Hammond and Mike Hazlewood). The themes explored in the lyrics are varied, acknowledging ever-present issues. Although stylistically this is music for now, its performance, especially in the sound and manner of the singer, is timeless. Regarding the duplicated titles, Who Wants To Live Forever? and Weeks Of Wonder are versions described as radio edits, while Moments Of Clarity is described as BASSiC.

Ian Lomax - 15 December 2021
What can be said that hasn’t already been said about this seminal Coltrane album, especially when Brian Morton helpfully provides the liner notes and a ready-made review? It's one...