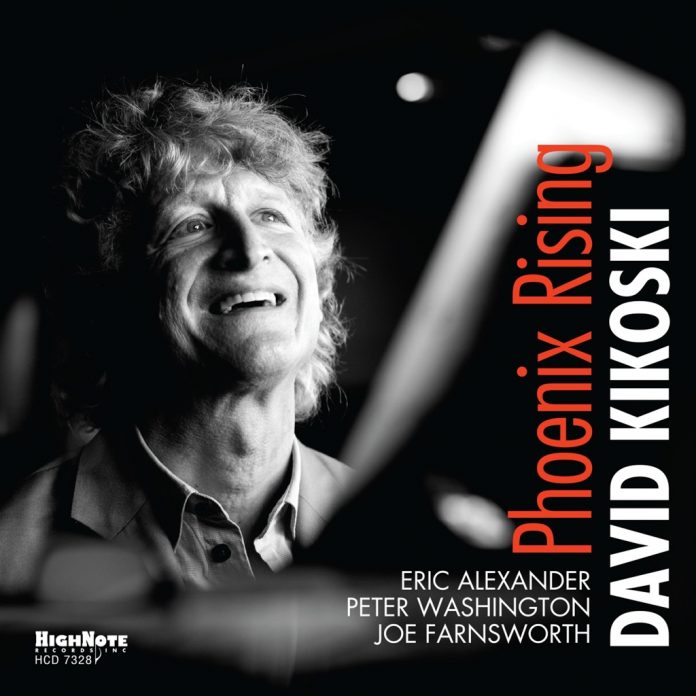 Having played with many top names David Kikoski also functions under his own steam, as here. To judge by this album and one reviewed a few years ago, he seems to prefer quartets fronted by a saxophonist and a repertory that consists mainly of standards.

Unlike the previous effort, the music here often makes me think of John Coltrane. An admirer of Eric Alexander in many contexts, I never had cause to remark on a link with Coltrane as it never obtruded. Here, though, it shines through notably on the openers – the modal title track, composed jointly by Alexander and Kikoski, and Kik It, the tenorman’s blues-with-a-bridge. No surprise that Kikoski’s own stylistic debt to McCoy Tyner helps underline any innate resemblances.

Taken at a scorching pace, Coltrane’s tune Lazy Bird perhaps overawes Alexander as it is almost impossible to avoid the link when tackling what can be judged a tricksy forerunner of Giant Steps. On the other hand, his interpretation of the ballad My One And Only Love, recorded by Coltrane on his album with Johnny Hartman, cannot be faulted.

As mentioned above, David Kikoski comes from the Tyner school, quicksilver runs rattled off with a pinging staccato touch. He also likes to throw in crisply attacking chordal passages, fleeting and isolated by comparison with what one expects from, say, Red Garland. His programming includes a couple of crafty variants on the usual practice, with both Love For Sale and Willow Weep For Me underpinned by a boogaloo beat.

For fans of the idiom, plenty to savour.

Barry Witherden - 14 April 2020
This is Jones’s tenth jazz CD release under his own name but, like the rest of the band, he has been busy in other spheres. (How else does a...

Jazz Journal - 26 July 2022
Sixty years ago 'B.B' extended the usual JJ welcome to new ideas, describing Out To Lunch as a mad conglomeration of distorted cacophony