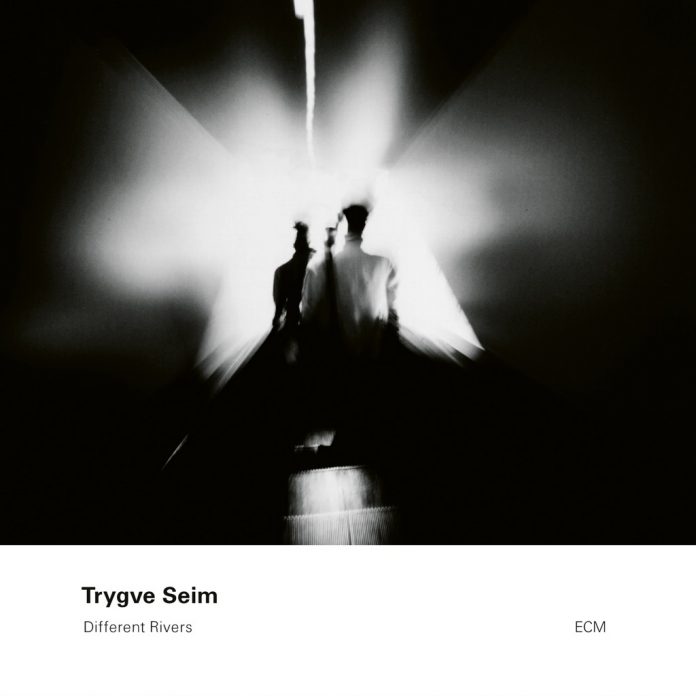 Different Rivers, Norwegian saxophonist Trygve Seim’s 2000 debut set for ECM – now reappearing as part of their 50th birthday celebrations – was nothing short of astonishing. Leading a young collection of then largely unknown Scandinavians, with no guitarists or keyboardists among them, Seim delivered a set where the most important instrument was the sound of human breath slowly, gently forced through reed, mouthpiece and metal or wooden tube.

This is best heard on the three tracks – Bhavana, For Edward [Finnish drummer Vesala, I assume?], and Between – that are all short duos between Seim and trumpeter Arve Henriksen. Both tentatively explore the sonic possibilities of their respective instruments as they exhale in empathetic conversation. By the way, Henriksen’s trumpophone on Between is a trumpet with a soprano sax mouthpiece.

Throughout, each instrument sits in its precise place, never crowded out by its neighbours, yet coming together in glorious harmony. The opening Sorrows could well be a medieval dance, such is its stately progression, while Intangible Waltz echoes a waltz but more suggests an enervated tango, thanks to its hesitant accordion. The Aftermath/African Sunrise picks up the pace, led by the leader’s sprawling saxophone.

Best of all, perhaps is Ulrikas Dans, a masterpiece in horn writing enhanced by Per Oddvar Johansen’s lightly clattering drums and the leader’s breathy, minimal tenor solo, although the languorous beauty of the title track and the slow, chordal delay of the vocal Breathe both run it very close.

Overall, Different Rivers is a masterclass in precision and control, in sonic accuracy achieved by that most important of instruments, the human breath. It is a most remarkable achievement.

Gareth Thomas - 27 May 2021
Japanese avant-garde pianist Satoko Fujii first met vibraphonist Taiko Saito in Berlin, where Fujii was touring, and Saito was a student at the Universität der Künste Berlin. That was...