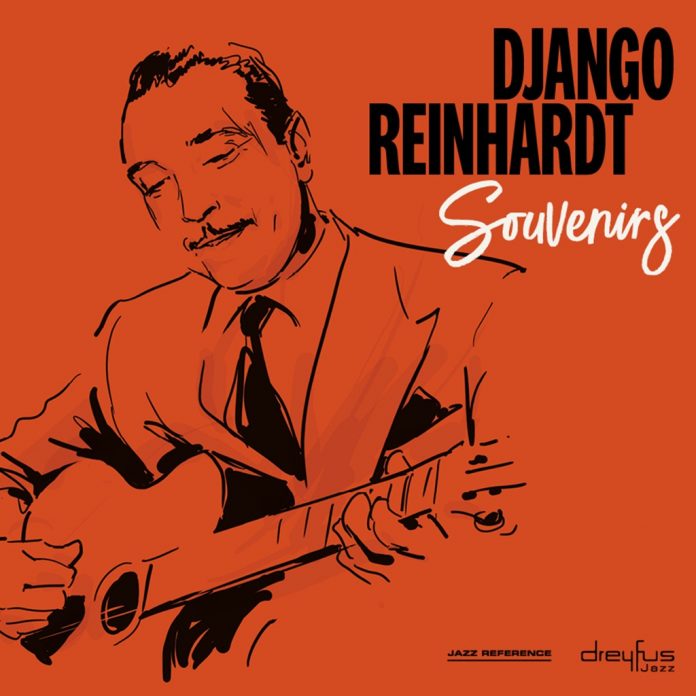 Django Reinhardt, the first non-American jazz giant, is one of a small handful whose music should immediately be included in Unesco’s World Heritage List and aboard any intergalactic rockets. This is comfort music that always heightens the mood no matter what slings and arrows the world throws at us.

This compilation of 22 remastered tracks offers a rounded summary of the Belgian Romani guitarist’s career, the tracks cleaned up without losing warmth.

While they’re not in chronological order, the earliest is from 1935, when Django, a journeyman of the Parisian musette scene, had just formed the Quintette du Hot Club de France with his brother Joseph and Stéphane Grappelli. The last is from 1951, when Reinhardt was playing modern electric jazz, without ever fully embracing bebop.

In between, there are the late-30s Hot Club classics including My Sweet, where we hear him joking around with his bandmates, and jazzier work from the immediate postwar years – but nothing from the underwhelming 1949 reunion with Grappelli, which is just as well.

Tea For Two is a casual solo performance that, thanks to the clarity of this reissue, is the closest you’ll be to having the great man sitting on your sofa.

The most revelatory tracks here are two tunes recorded live with Duke Ellington’s band in Chicago in 1946. Django – playing a borrowed electric Gibson – is loud and clear but unfortunately not his interaction with second guitarist Fred Guy. On the raw mostly solo Blues Riff, there are hints of kinship with Jimi Hendrix, who would pick up the guitar a decade later.

The sole track from the 50s, Vamp, shows Reinhardt moving slowly but elegantly on electric, still affecting. It was recorded two years before his death. According to Claude Carrière’s liner notes, “his last years were spent in idleness, as a billiard champion, a painter and an occasional guitarist, according to his whims”.

We should all be so lucky.

Gordon Jack - 17 February 2020
Leonard Feather once called Frances Faye “A consummate night-club performer” and comedian Joe E. Lewis nominated her as the “Queen of the super-clubs”. A jazz-influenced rather than...

John White - 27 January 2020
Arranger, composer and saxophonist Jimmy Heath was born in Philadelphia in 1926, and died in Louisville, Georgia on 25 October. His father,...

Jazz Journal - 31 December 2019
Space precludes the kind of detailed run-down both these albums deserve, so I'll have to limit myself to the statement that both, in their different ways and...

Graham Colombé - 16 October 2020
This is an excellently assembled documentary which tells us a good deal more about Basie as a person than could be gleaned from...