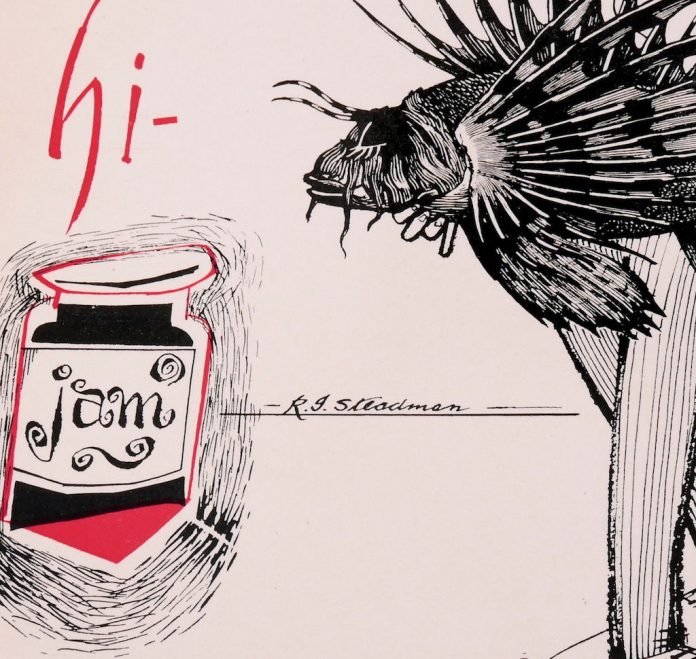 From Gene Ammons we expect modern jazz in a booting, free-blowing, noisy tradition – and here we get it, starting with guitarist Kenny Burrell’s “Funky” blues. Like “Pint Size” and “King Size” this begins and ends with heavy unison riffing, and features solo work by each man. In this one, economy is the watchword, particularly with Ammons who shoots out his customary short heavy phrases, and Mal Waldron whose solo on this track is delivered entirely in shorthand.

Burrell himself is good to hear, on this track and throughout the record, for he has rather more to say than the technical exercises which some guitar players find obligatory today, and swings as well. Although Doug Watkins was given his two choruses as a quite unnecessary courtesy, his work and that of the whole rhythm section is very sound; unobtru- sive and extremely responsive.

Those who complain that Ammons is a mere phrase-monger, and cannot sustain a development, would do well to listen to his extended work in “Pint Size”, and his playing in two styles on the ballad track. The two up-tempo “Size” tracks are from arranger Jimmy Mundy. Both follow the basic pattern outlined above, and are full of good work, humour, and swing. . .

Do not be put off by the beginning of “Stella by Starlight”. Modern saxophones like to use a ballad as a browsing ground, but after a few full-voiced florid choruses, Ammons followed by the other horns launches into a stomping treatment, paced by fine rhythm. The track ends with a short return to the opening form. Ira Gitler supplies his usual notes; the cover is quite absurd.
Graham Boatfield

Hugh Rainey - 21 March 2019
With his spectacular Armstrong-inspired trumpet playing, gruff homely vocals and cheery music-hall showmanship, Nat's star status in the 30s could earn him £700 a week - a staggering £35,000...