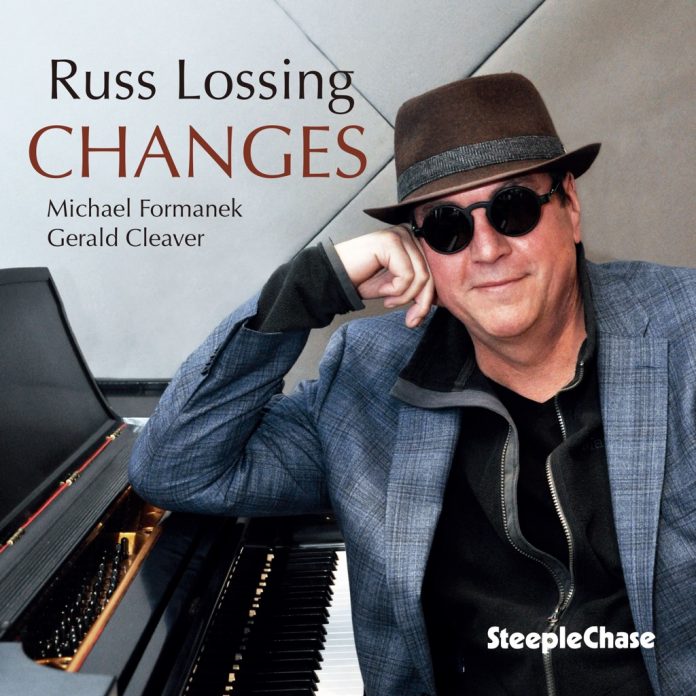 Here’s some nourishing refreshment, and it comes from a piano, bass and drums trio which, while working broadly within a continuum defined by Paul Bley and Bill Evans, carves out distinctive territory of its own.

The point’s made in no uncertain terms on Ellington’s Reflections In D where the music ebbs and flows according to the demands of the moment even while the tiresome exhibitionism which marks so much new music is diligently avoided.

In such deft hands, and I’m thinking of Cleaver’s unexpected yet always apposite work in particular here, Monk’s Ugly Beauty becomes a thing of understated elegance, so much so in fact that the second word of the title is by far the greater emphasised.

The same composer’s Crepuscule With Nellie is rendered rich in nuance, and to the point where the opacity of the writing is leavened with appreciation for the opportunities that writing offers for something other than mere blowing.

Lossing’s work is, arguably inevitably, less intriguing than Bley’s but close listening still pays ample rewards, not least because it’s ultimately a pleasure to encounter a musician whose influences are well below the surface, as best exemplified by his admirable understatement over Formanek’s idiosyncratic lope on Sweet And Lovely, resulting in another performance in which the obvious is effortlessly dodged.

Les Baxter And His Orchestra: Ritual Of The Savage (Le Sacre Du Sauvage)

Michael Tucker - 09 June 2021
Music, Boethius reminds us in his sixth-century De Institutione Musica, can serve both to ennoble and to degrade. One wonders what the eminent philosopher might have made of both...