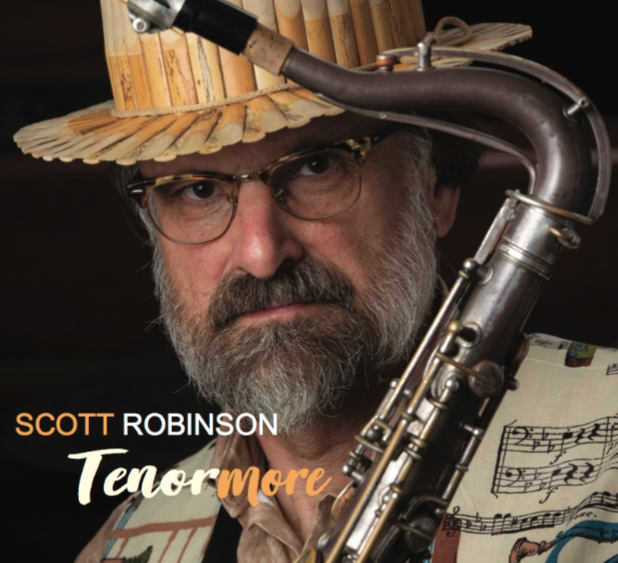 Saxophonist Scott Robinson has spread his talents widely within the jazz world, rubbing shoulders with everyone from Ella Fitzgerald to Roscoe Mitchell and Anthony Braxton to Ruby Braff. Clearly not one to be pigeonholed, he is able to lend his multi-instrumental credentials to a variety of settings, whether it be the comfort of the mainstream or adventurous outings at the other end of the spectrum.

Released just prior to his 60th birthday, Tenormore finds him concentrating on what he regards as his main instrument, the tenor saxophone, which prompts his comment “all the other instruments are like planets that revolve at varying distances – I’m still a tenor player at the core”.

Robinson on his favoured reed instrument is never less than interesting and although the 10 tracks on this disc represent nothing new from the man, as we have come to expect, it’s always engaging with its only semi-outrageous moment coming in the high register opening to the unaccompanied Lennon & McCartney song And I Love Her.

The nicely balanced programme of mostly Robinson originals and much-loved standards are what we might expect from this kind of line-up, the major surprise arriving with Put On A Happy Face, where the song’s perceived jollity is replaced by a nicely crafted ballad interpretation.

For the most part, the leader plays with a degree of restraint which will please those who prefer his work in the area of mainstream-modern, but coasting is never an accusation one could ever throw in his direction.

Roger Farbey - 29 March 2019
This is Sarathy Korwar’s follow-up to his debut album Day to Day (Ninja Tune, 2016) and it’s an extraordinarily good one. It opens with Amancio D’Silva’s "A Street in...