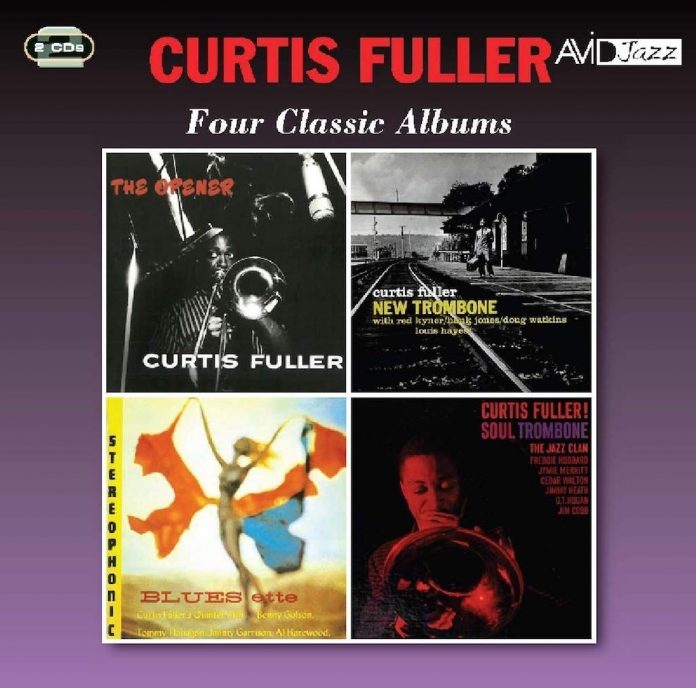 Let’s face it: the trombone has a diminished presence and reputation in modern jazz. Younger people tend to know Fuller, if at all, because of his role on John Coltrane’s Blue Train, and particularly Curtis’s ghostly fireman line on the title track. He was a player who looked backward and forward at once, as all true innovators do, and these albums deserve to be better known.

It’s not clear why – release history aside – the first pair are programmed out of recording order. New Trombone was very much a debutant’s session, apparently organised by the sharp-eared Teddy Charles, though it was just one of a flurry of recordings made by the trombonist in May 1957; the others involved Charles himself, Red Garland and Hampton Hawes (plus a couple of French-horn players: an underrated date, that one).

It’s Hank Jones who adds a veneer of class to New Trombone, somewhat mitigating the crudity of Sonny Red’s alto. Fuller tends to repeat himself when he runs out of ideas, or maybe he just likes the slightly hypnotic, looping effect this gives. A long version of “Namely You” is a standout.

The Opener, which also plays on the newcomer/rising talent trope, is perhaps the more accomplished date. “A Lovely Way to Spend an Evening” suggests that Fuller could sing the lines in his head. It’s a delicately vocalised performance. His own “Lizzy’s Bounce” and “Hugore” suggest he isn’t yet more than a generic composer. There’s better stuff on Blues-ette and Soul Trombone (notably “The Clan” and “Ladies Night” which bracket the latter.

Even so, he’s not an aggressively commanding leader, preferring to play for the group, and mostly without another lead brass. This is maybe why later work appeared on lower-profile labels and then disappeared into the mist. Fresh Sound and Collectables have done decent service by rescuing some of the terrific work from 1960/61 and now Avid have restored the in-between dates.Blues-ette remains a firm favourite. Flanagan is in jovially imperious form and Golson’s two themes are so irresistibly playable, they can hardly fail to offer something up. Fuller has fun with his own title track and with “Twelve-Inch”.

These are all lovely recordings. They have a slightly sepia tinge to them, which suggests how far they sit from present-day values, but their modernity shows through as well and shouldn’t be missed. Fuller’s slides between tones often convey harmonic ideas far subtler than their apparent facility would suggest.

Brian Morton - 01 December 2019
I met Jane Bunnett some 25 years ago and haven’t walked on tierra firme. Fortunately/regrettably, husband Larry Cramer, an exceptional trumpet player and the producer here, was present throughout...