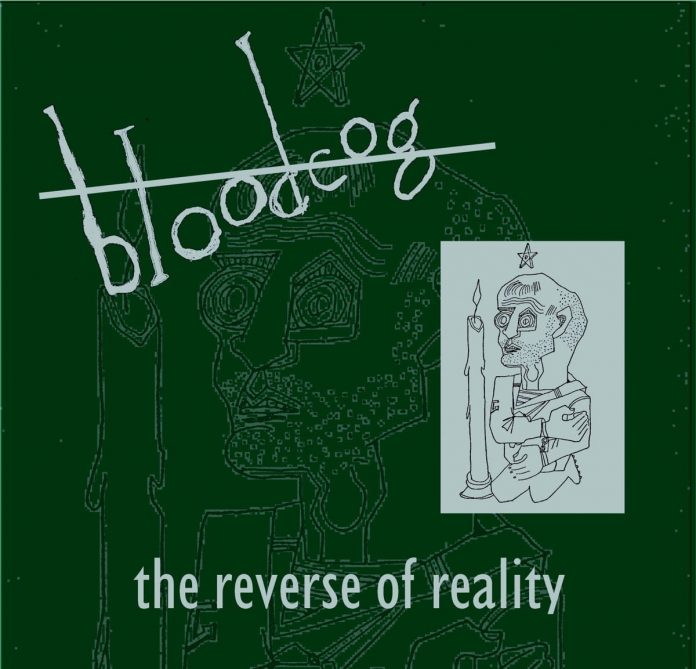 Recorded in Liverpool earlier this year, Bloodcog’s The Reverse Of Reality combines jazz and experimental music to create a mind-bending set of tracks that are difficult to define.

Glitching, looped electronic sounds open the album on Sentence From A Dream, with fragments of recognisable instruments appearing then disappearing as the track progresses through indiscernible chaos. This opening salvo is, as you might expect, only the beginning.

The second track, Snatched By Angels, starts with a brief section of acoustic drum kit, but the sporadic rhythm is again distorted as bass intermittently surges in the background. A saxophone line is accompanied in unison by a sort of fuzzing, grating copy of itself, and the drum kit appears and disappears beneath the grinding electronics.

The onslaught of noise is maintained throughout, with the musicians using their instruments at times conventionally, and at others creating unusual sounds, alongside the extensive use of electronics. On Poetry Considered As Algebra, saxophonist Phil Hargreaves improvises, using a clean, dry tone, over a low and whirling soundscape that builds in energy.

Suspended From Elegance is a particularly interesting track, as Richard Harding’s acoustic guitar is given a muffled and woolly tone, setting the tone for Hargreaves’ sharp and heavily effected flute and drummer Richard Harrison’s fast percussion. Not all the tracks are so intense, however, with A Broken Celluloid Doll taking a saxophone melody through a spacious and haunting soundscape.

While not for everyone, Bloodcog’s use of sound is highly original. The Reverse Of Reality is released on Hargreaves’ own label, Whi Music, which offers experimental music, and is available on CD as well as on Bandcamp.

Matthew Wright - 28 December 2019
A certain amount of discographical unravelling is involved in this issue. Tracks 1-7 came out as The Soul Of Ben Webster and were issued originally on Norgran/Verve. Webster is...