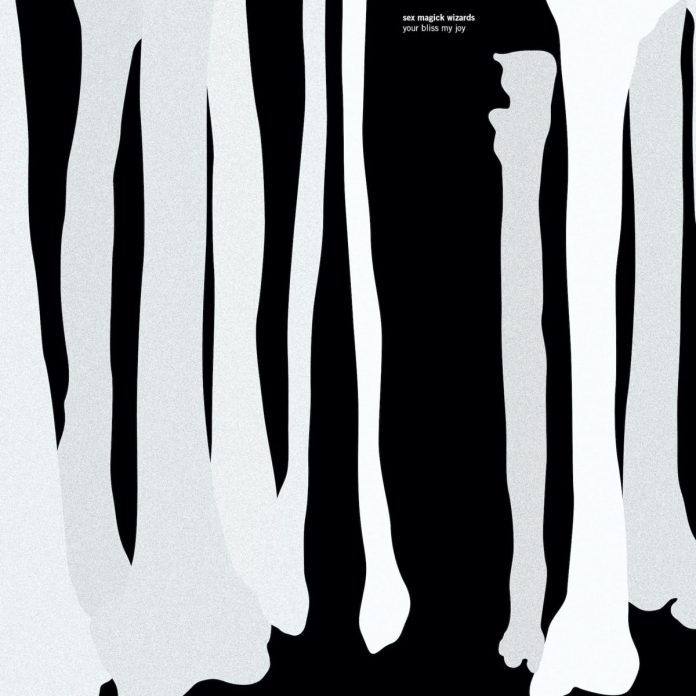 I often wonder whether there are parallels between the proliferation of young Norwegian bands fusing psychedelic rock and free jazz and the country’s notorious embrace of Black Metal. It all seemed to begin at the turn of the millennium with Supersilent, Rune Grammofon’s founding act, continuing through the decade with Motorpsycho, Fire! and Ultralyd. The label’s growing roster includes elephant9, Krokofant, Bushman’s Revenge, Hedvig Mollestad’s trio and now Sex Magick Wizards, an explosive four-piece fronted by guitarist Viktor Bomstad.

The group live up to the promise of their Crowley-esque moniker, their supercharged music seemingly driven by supernatural powers. Happily I also detect loud echoes of some of my favourite left-field ECM recording of the last 40 years, notably the Steve Lake produced sessions from Hall Russell and Raoul Björkenheim’s Krakatau. Drummer Axel Skalstad has been replaced by Ingvald André Vassbøince since the group’s 2019 debut Eroto Comatose Lucidity (Finito Bacalao Records), but otherwise the line-up is unchanged.

If some critics felt that the group’s frenetic debut required more light and shade, this short but carefully balanced follow-up amply obliges. Opener Qliphoth Chokehold juxtaposes a tight and somewhat angular theme against the controlled chaos of its turbulent rhythmic undertow, Atfret’s soprano cutting through the maelstrom with laser-like precision. Atfret’s Exaltation, the only piece not written by Bomstad, is a hard mid-tempo groover and includes some blistering post-rock pyrotechnics from the guitarist.

The comical overblown pomp of Hold Your Anger is pure Hal Russell (think of Raining Violets), while the long unspooling forms of Kheter Ascension are altogether different. A slow burner with a proggy bridge and an ecstatic sequence of free exchanges by Bomstad and Vassbø, it’s a powerful blow to the solar plexus.

Dissolution sees Bomstad scattering his distorted wah-wah lines across an out-of-kilter groove, while the strange staccato gait of Father…Our Pain is, if anything, even more unconventional. The title track’s searching theme briefly nods to the spiritual quests of late Coltrane, and with Bomstad’s inventive solo drawing on Björkenheim’s locker of extended techniques, the album draws to a satisfying close.

With boundless energy, chops to burn and a strong signature sound, Sex Magick Wizards may be the newest entrants to this crowded field, but they’re already amongst the best.