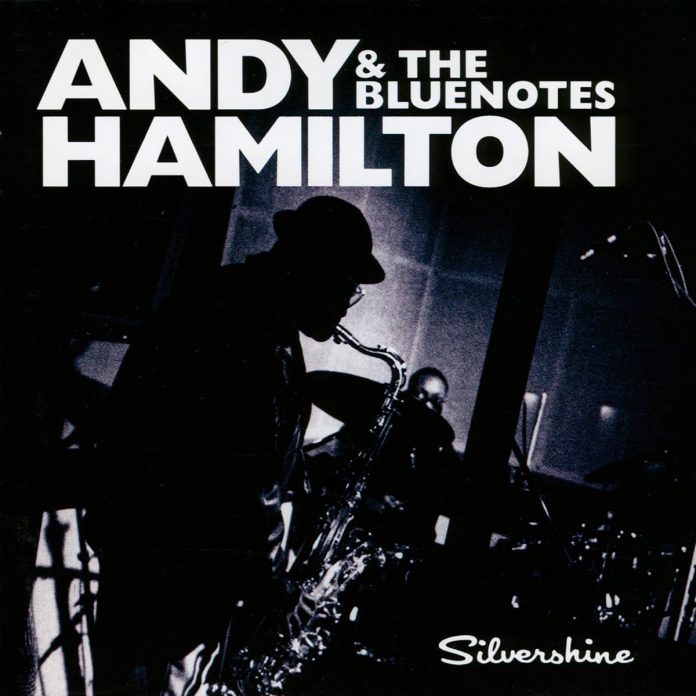 Andy here makes his recording debut at the ripe old age of 73 and somebody should get him back in there very soon as he is a real find! He’s been living and playing in Birmingham for 40 years, but on the evidence here, it is really astonishing he has not been bet­ter known to the listening public at large.

Musicians presumably do know him however, as players of the calibre of David Murray do not guest with just anyone, and both with his regular ‘Blue Notes’ Sextet and with Murray and the other illustrious guests hereon, he is well worth your attention.

In musical style, he clearly comes from that warm and outgoing West Indies tradition of such as Barriteau and Harriott and on his chief instrument (tenor sax) he is reminiscent of Hawkins and Chu Berry without being a copyist. His misleadingly simple but sonorous, haunting and very effective solos on I Guess I’ll Have To Change My Plan, You Are Too Beautiful and above all I Can’t Get Started will quickly assure you of his strength on ballads, while his duetting with Toussaint on Uncle Joe and Murray on his own calypso style Silvershine illustrate his all-round musical strength.

Elsewhere, his son Graeme plays very effective muted trum­pet on I Guess I’ll Have To Change and Old Folks (perhaps the best rendering of this tune I know!), Jason Rebello excites with fresh ideas on Autumn Groove, and the four tenor chase on Andy’s Blues is top class. Well worth the effort to acquire – a real discovery.

Derek Ansell - 29 March 2019
Drummer Levey surrounded himself with some of California’s finest for his leader album on Bethlehem. The opening track "Yesterdays" is a feature piece for Frank Rosolino who takes full...

Jazz Journal - 24 November 2020
It is a pity that Miss Connor ever heard Sarah Vaughan, for she has neither the voice control nor the imagi­nation to copy her effectively. For that matter I...