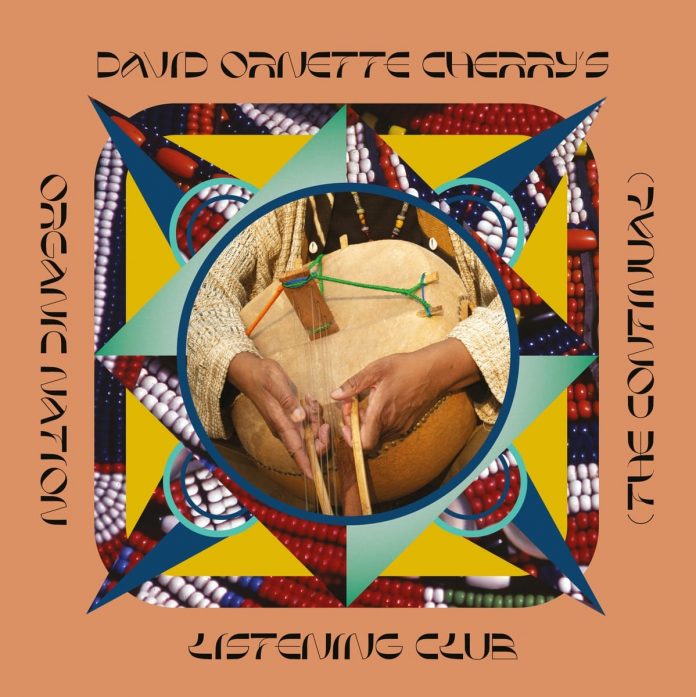 Born in 1958 – the year Ornette Coleman and Don Cherry recorded Something Else!!!! – and a sometime associate of, e.g., his father Don, Dewey Redman, Charlie Haden and Ed Blackwell, David Ornette Cherry was not as well known to me as the trumpeter’s step-daughter, vocalist Neneh Cherry, founding member of the early 1980s English post-punk band Rip Rig + Panic who went on to make such potent albums as The Cherry Thing from 2012, with, among others, Mats Gustafsson (saxes, electronics).

Like Neneh, the world-ranging multi-instrumentalist David Ornette carries central aspects of Don Cherry’s genre-bending and blending legacy into the electronically enhanced present. (The Continual) is a resonant example of the results. Strong on a richly layered mix of urgent, clipped cross-rhythms, electronica and legato instrumental and vocal testifying, the music essays an affirmative interplay of (deep) past and (evolving) present, epitomised by Ancestors Are Calling.

The leader speaks of a “garage-like” foundation to the rhythms. However, that does little justice to the rich interplay of accent, texture and phrase which characterises the music – which at times can recall both Rashied Ali and aspects of Miles Davis’s On The Corner. Sample the blend of percussion and questing violin which marks Parallel Realities, or the confluence of funky off-beats and cool yet potently cast vocal invocation which is So & So & So (a piece reminiscent of the title track from Terri Lynne Carrington’s Jazz Is A Spirit of 2002).

If Eagle Eye moves between a theme of classic Coleman/Cherry quality and Latin elements, the eerie, laid-back The Frame Of Creativity stimulated fond memories of Don Cherry’s Gamla Stan At Night, from the 1973 Eternal Now. My enjoyment of the whole bold enterprise – which on CD concludes with the bonus track Organic Talk, featuring what I presume to be the leader’s socio-political rap – was diminished only by what I experienced as the occasional unduly compressed and sharply pitched sound spectrum in the extreme upper registers, as in Cosmic Nomad in particular. But perhaps that was due to the fact that I had to listen to the music in digital format (which included the aforementioned bonus track) as neither the CD nor LP version was available for review.

Nic Jones - 10 August 2021
This very band, with the same membership, put out three live albums in 1977 and 1978. As this is their first album since those arguably heady days the band...