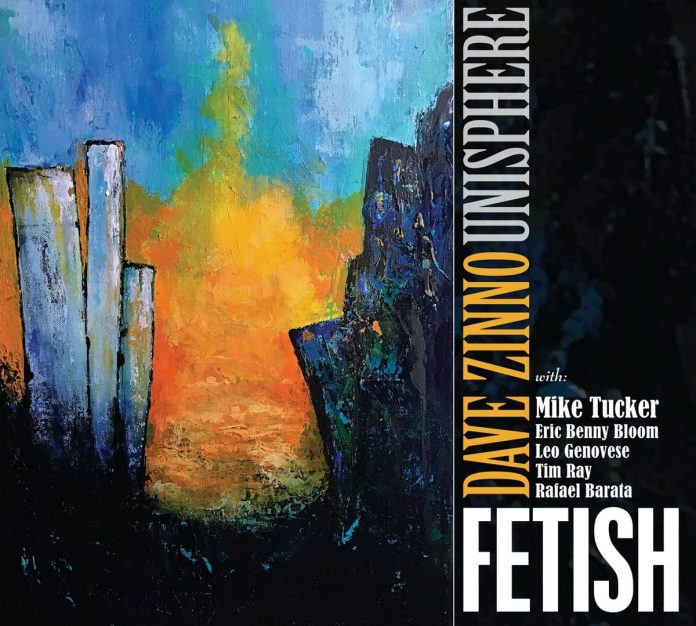 Last autumn, after a long period of isolation, Dave Zinno and his band Unisphere put together this collection of largely self-penned compositions and arrangements. Zinno is a well-established bassist, his work with Diane Schuur, Jimmy Cobb, Junior Cook, Jimmy Heath and others giving an indication of his pedigree.

The title track sets the tone – energetic, straightahead hard bop, much in the spirit of late Messengers. The numbers are notable for the powerful two-horn front line and some direct solos, developed imaginatively; the contributions from Mike Tucker’s fluent, inventive tenor and pianist Leo Genovese on Future History, and the measured solo from trumpeter Eric Bloom on Melancholy Daydream are good cases in point.

Of the three compositions by Tucker, The Golden Age grabs the attention, with solos by Genovese and Tucker himself, quick changes and semi-stops, whereas Over The Horizon shows his compositional range – slower, with sensitive work from both leader and the composer.

There are other tracks not so directly linked to hard bop. Beatriz, a slow ballad, has the band showing a quieter side, featuring interactions between Tucker and Bloom, and Zinno with pianist Tim Ray. Into The Whole is another, with changes that keep everyone on their toes, its tune at the end reminiscent of Coltrane’s Naima, whilst Zinno’s Nile is different in style, flirting briefly with abstraction before developing into an attractive, contemplative circular theme.

The final track, Meu Fraco E Cafe Forte, has an urgent Latin feel, on which its arranger, drummer Rafael Barata, stretches out and Tucker flexes his muscles. Trombonist Rafael Rocha is added, but doesn’t solo.

Despite having a slight reservation about the electric keyboard on Unknown Mystery and Melancholy Daydream, which didn’t seem to sit easily in the overall sound, I found it an enjoyable album with polished performances from all the players.

Nic Jones - 09 August 2019
Now that it’s pretty uncontentious to talk of jazz as an international language, it’s nice to consider how the music on record also now encompasses spaces ranging from the...